Real Housewives of Dallas star Cary Deuber is a certified registered nurse, first assistant to her husband Mark Deuber. Dr Mark Deuber is one of the most popular plastic surgeons in Dallas. Cary joined The Doctors, explaining that there are certainly scandals, ups, and downs on the show, but she’s part of a dynamic group of women. Cary claims that she is who she is, and she doesn’t put on a show for the camera.

Dr Travis Stork heard a rumor that Cary did her own lips, cheeks, and Botox while looking in the mirror. Dr Andrew Ordon admitted that he had done his own Botox before, but said doing your own lips is a lot harder because the mirror is a reflection, which means everything is backwards. Dr Ordon also revealed that at his house, they use a frozen breast implant as an ice pack, and Cary was blown away by how smart of an idea that was! 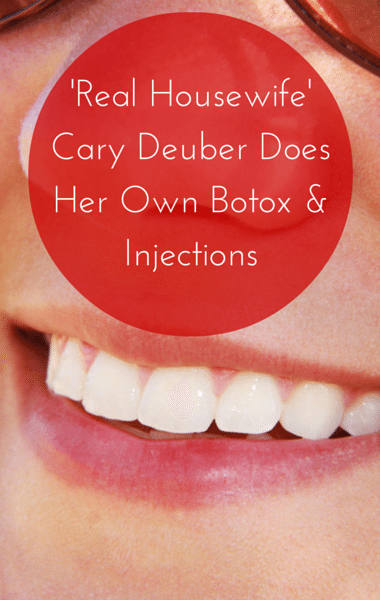 Cary Deuber of ‘Real Housewives of Dallas’ explained how she’s able to do her own Botox and lip injections at home. (rupertuk / Flickr)

Next, The Doctors welcomed Dr Sandra Lee, who was nicknamed Dr Pimple Popper. A social media producer for the show, Karyn, visited Dr Lee in hopes of having her look at an irritating bump on her back. Dr Lee explained that it was a lipoma, which is a benign bump that’s pretty common. She numbed the area before cutting into the bump and removing the built-up tissue. Karyn so pleasantly described it as looking like mango chutney mixed with a little chicken fat.

Dr Lee then showed a video of what she called “the Bermuda Triangle of cysts” because of patient came in with three cysts that formed a triangle. She popped each of them and squeezed out what was inside, catching it all on video. The entire audience looked like they were about to lose their lunches! If you ever notice an unfamiliar bump, see your doctor because they could provide your relief in just minutes.