After sharing Ileana’s remarkable story about not knowing she was pregnant until she was in labor, Dr Oz turned to a woman named Stephanie. She had given birth three times and had three normal pregnancies until the fourth time. She experienced no symptoms, had what she thought was a period every month, and didn’t gain weight. But then suddenly she experienced severe pain that she thought was the result of a kidney stone. She rushed to the hospital where they asked if there was any chance she was pregnant and she said no because she was on her period at the time.

She was preparing for a CAT scan when doctors decided to do an ultrasound instead. As she was wheeled in, the doctor asked “how many weeks is she?” to which the nurse responded “38 weeks, two days.” That was the first moment she realized she was actually pregnant so naturally she started crying because she didn’t expect it at all. The baby was sitting breach up behind her ribs, essentially hiding from her. 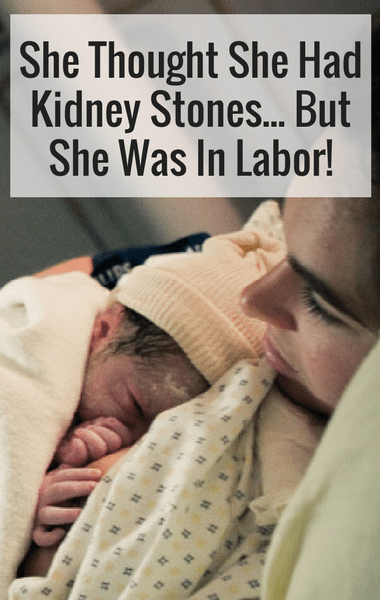 Dr Oz sat down with a mom who had already given birth to three children, but didn’t know she was about to have another one until she was in labor. (goetter / Flickr)

On October 19, 2016 Stephanie gave birth to Sean weighing 7 pounds, 3 ounces. Dr Oz couldn’t wait to hold the little guy as he and his father joined the show. Stephanie admitted that she really didn’t feel much different after having him, other than the trauma of pregnancy. Her husband explained that he was in the hospital waiting for the results from what he thought was the CAT scan when the doctor poked his head in and said “she’s getting an ultrasound because she’s pregnant.”

He admitted a lot of emotions flooded him all at once. He shared that they actually went to an amusement park just a month before and they even went to a rock concert. She had also broken her ankle so she got an ultrasound during the time that she was pregnant. He was also worried about his wife because she had difficult labor with their third child and the doctor suggested they not have any more kids. Now, they see Sean as their little blessing and miracle.