The Doctors TV Show was dedicated to answering the question of  Will It Go Away On Its Own for a variety of medical issues including a sore throat, strep throat, and sinusitis.  The Drs TV Show even spoke about a new Sinus Remedy where you hum to help open up your sinuses.

The Doctors said that Sinusitis is an inflammation of tissues that lines your sinuses.  How do you know if it is a cold or a sinus 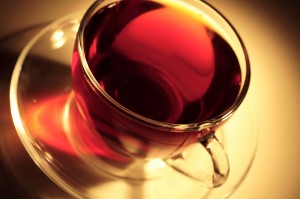 infection?  Well, generally a cold goes away in a week or so, whereas sinus infections get worse and there is a different color mucus, plus you have strong sinus pressure.  You may or may not need antibiotics for a Sinus Infection.  You can try things like decongestants or a Facial Steamer

The Doctors: Strep Throat vs Cold

The Doctors said that your tonsils sit in the back of your throat and act like the first line of defense against bacteria that tries to enter.  When your tonsils get inflamed, have white stuff growing on them like cottage cheese, and have bright red streaks, it is often Strep Throat.  You usually do not get a fever or a cough with Step Throat, which also helps to differentiate it from a regular cold.

If you have a sore throat, a great temporary pain reliever is to gargle with warm salt water.  Just add a couple of teaspoons to a glass of warm water and gargle away.  Or, you can try sipping on a nice cup of hot tea.

Dr Andrew Ordon said that it used to be that everyone’s tonsils were taken out, but now that is becoming less common.  However, if you have between 4 and 6 cases of Tonsillitis in a year, you might want to consider a Tonsillectomy.