A recent study found that your most important facial feature is actually your eyebrows, with researchers saying they are significant for emotional expression and facial recognition. It’s no surprise that more people are turning to eyebrow-enhancing products in hopes of improving their look. Carrie was no exception. She was born was thin eyebrows so she usually fills them, but because she’s a professional dancer, when she sweats she ends up constantly wiping off the makeup.

She was told about Wunderbrow, a product that can reportedly give you perfect eyebrows in just two minutes that last for days, so she put it to the test and was thrilled to see even two days later the product was still there. The Doctors explained that the product reportedly contains hair-like fibers with treated pigments that attach to the skin and hair to enhance the eyebrows. Dr Jennifer Ashton wanted everyone to know that if you all of a sudden notice eyebrow hair disappearing from the outside of your brows, it could be a sign of a thyroid disorder. 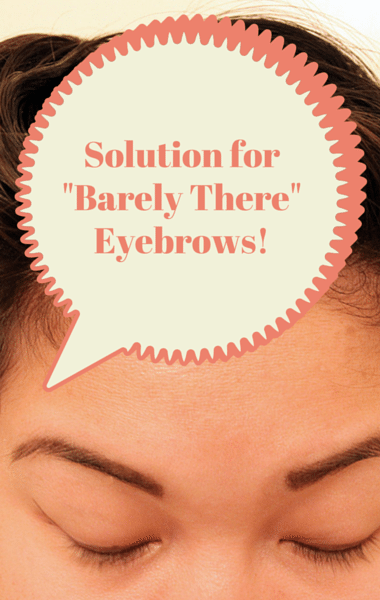 One woman tried a product called the Wunderbrow to see if it could really fill in her eyebrows for days, without wearing off. (viviannguyen / Flickr)

If you feel like your hands are giving away your age or seem to look older than the rest of your body, you’re not alone. Dr Hooman Khorasani, a dermatologist and cosmetic surgeon, saw Lisa, a woman with that exact problem. Dr Hooman took a look at Lisa’s hands and agreed she was a perfect candidate for hand rejuvenation. He explained to her that as we age, our skin gets thinner and loses fat, making your hands look much older. He applied a numbing cream before injecting Lisa’s hands with a filler and massaging it in. Lisa then sat on her hands to apply pressure and warmth that would evenly distribute the filler.

The before and after photos showed a true difference in terms of volume, while Dr Hooman explained that the injection will last about a year. If you’re interested, the procedure will cost anywhere from $1,500-3,500. Of course, continue using sunscreen and moisturizer to protect the skin on your hands.

Then, in The Doctors’ News in 2:00, it was reported that Oracle founder and chairman Larry Ellison donated $200 million to establish the Lawrence J. Ellison Institute for Trans-formative Medicine of USC. Ellison made the announcement at the third bi-annual Rebels with a Cause Gala. The Gala honored Dr Cheryl and Haim Saban for their groundbreaking work in cancer research, led by Dr David Agus. James Cordon and Kristen Chenoweth were at the gala and spoke to News in 2:00 about the importance of research, awareness, and honoring the doctors behind the work.

The Invictus Games in Orlando, Florida wrapped up with Prince Harry over-seeing the Paralympic event he founded in 2014. Wounded or sick armed services personnel compete in a variety of sports at the now annual event. Team USA swimmer Elizabeth Marks handed her medal back to Prince Harry, requesting that he give it to the doctors at Papworth hospital in the U.K. In 2014, Marks collapsed there from respiratory distress syndrome and spent two weeks on life support. Marks said they saved her life, adding “so I gave Prince Harry one of my medals and hope it will find its way back to Papworth.”