Kristin Chenoweth came by Live! With Kelly & Michael for a performance and to talk to Kelly & Michael for a little while. She’s really talented and has an insane voice, so I was really excited for her to come on the show. I know she was in Wicked and Pushing Daisies among a lot of other things, and know that she’s just really great, so I was really excited to see her perform. I was also hoping she might talk about Pushing Daisies a little bit, but that could just be wishful thinking. First, though, they showed a clip of Chenoweth singing “Popular” from Wicked. Her new CD Coming Home is out now. I loved her outfit, and she seemed happy to be there. Michael lifted her up, and then Kelly decided she could do it too. 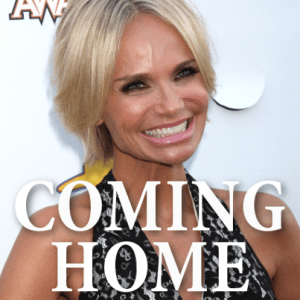 Kristin Chenoweth performed “I Could Have Danced All Night” from her live CD and PBS special ‘Coming Home.’ (Helga Esteb / Shutterstock.com)

Kelly showed Chenoweth’s CD. Her kid asked her if she made a CD, because they look so similar. Chenoweth did the CD live for her family and friends in Oklahoma. She sings a song about her and her dad. He doesn’t cry, but she saw him tear up and her mom reached over to him. And you hear all of that emotion in the live album. There’s no auto-tuning. It’s the real thing. But she should never be auto-tuned. “Your voice is as big as you are tiny,” Kelly said. Seeing her is special.

She has a PBS special on November 28, which is very exciting. But she’s also coming back to Broadway, which is really exciting. They also talked about her dog.

Kelly & Michael: “I Could Have Danced All Night” Performance

Chenoweth performed her version of the song “I Could Have Danced All Night.” And her voice is actually unreal. Saying that she did the song justice is a complete understatement. She has such a beautiful and high voice. And she just has a flawless voice. And she also seems like she has so much fun while she’s performing. She just has such an amazing stage presence. I just really like her. And she ended on an amazing note. Kelly said, “It’s impossible.” I completely agree. That was unreal.