Michelle Wie won the U.S. Women’s Open. Find out how she felt when they brought her the trophy. Eric Bana was on the Today Show to talk about his new horror film, Deliver Us From Evil. Plus, Jenna Bush Hager visited the set of Jurassic World. 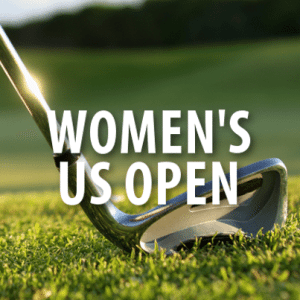 She said she can hardly remember the moment that she won, but she shared a very special moment with her mom right after. Michelle Wie said it’s a pretty nice trophy. What advice does Michelle Wie have for young golfers, like Lucy Li? Michelle Wie said that she just hope she’s enjoying her time golfing and the game.

Eric Bana from the new film Deliver Us From Evil sat down with Savannah Guthrie on the Today Show recently. A clip from the film was shown, and it was absolutely terrifying. Savannah Guthrie asked if actors get scared on the set of scary films. Eric Bana said pre-production was freaky, but by the time you start filming you calm down a bit. Ralph Sarchie wrote a book about his experience, and the film is based on his stories.

Eric Bana said there’s almost no CGI in the film, and that everyone had amazing makeup. Eric Bana showed off his Bronx accent, which he said is a lot of pressure for a guy from Australia. You can catch Deliver Us From Evil July 2 2014.

Jenna Bush Hager visited the set of Jurassic World in New Orleans recently. The Jurassic Park franchise hopes to excite a new generation fans. It’s been two decades since the epic tale was brought to life with terrifying, lifelike dinosaurs. After two sequels and nearly $2 billion in worldwide sales, the series is back. Steven Spielberg handpicked Colin Trevorrow to direct the movie.

Two of the younger stars in Jurassic World, Nick Robinson and Ty Simpkins shared survivor tips. The first is to have a good survivor scream. Second, if you can’t scream, it may be best to run. Jurassic World is set to release in June 2015.