Dr. Phil: Is It Possible To Cure Her Tourette Syndrome?

Dr. Phil has been talking to Amy and Chris, whose daughter Amy has an extremely severe case of Tourette Syndrome. Dr. Bradley Jabour, a neuroradiologist, has been studying Sarah’s case. He said that in her brain, some of the wiring isn’t firing the right way and communicating messages properly. 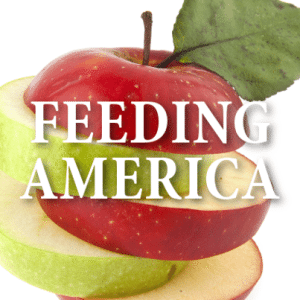 Dr. Phil talked about Feeding America and gave them a special donation of $25,000, which Bank of America Charitable Foundation matched with $50,000. (valzan / Shutterstock.com)

One of the treatments Dr. Jabour is considering is having brain surgery on Sarah, which would involve a brain implant deep in the brain. He said they would have to drill into the brain and making a small incision to insert a device that can regulate, stimulate, and/or suppress brain activity.

Dr. Phil showed a 3D image of the brain so that we could see the different parts of the brain, which Dr. Jabour called the “computer wires” of the brain. He also showed a brain with someone who is having abnormal activity with OCD and depression. The image showed the activity of the brain with that behavior.

Then, there was a brain with decreased activity in those areas after 30 treatments of a procedure called Neuro-Navigation MRI-Guided Treatment, which is totally biologically safe and totally non-invasive. The patient in question became a completely different person. She was able to become a normal-functioning human being.

This treatment allows doctors to focus on a specific fold of the brain and treat it. Tourette Syndrome almost never existed in isolation. It’s compounded by things like anxiety, depression, OCD, and ADHD. Often, if you’re able to calm these things down, the ticks are calmed down.

While there’s no guarantee that this can cure Sarah of her issues, there’s substantial evidence it would help her at least somewhat. Dr. Phil said that Dr. Jabour had agreed to help Sarah with an evaluation and both Amy and Chris thanked him and Dr. Phil.

Dr. Phil then talked about Feeding America, which helps feed millions of families through food banks that provide free food to those in need.

He rolled a video where several families shared the stories of how they came to appreciate the food bank. These are average people who needed the food bank temporarily during freak things that hurt them financially, like a mother who threw her back out and a man who got melanoma.

Bob Aiken, CEO of Feeding America, said that 49 million Americans are food insecure, which means they don’t know where their next meal is coming from. Much of the food at Feeding America is donated. For each dollar they can raise, they can provide 10 meals to people at risk of hunger.

Janet Lmkin, a board member of Bank of America Charitable Foundation, said that for every one dollar given to Feeding America by an individual, they will give $2. They’ve been able to provide over 40 million meals with this program.

Dr. Phil ended the segment by giving $25,000 to Feeding America and Bank of America Charitable Foundation matched it with $50,000.