Not since My Big Fat Gypsy Wedding have a set of words gotten me this excited. Trisha Goddard might be a new obsession for me. She’s British, the female equivalent of Maury and she’s a pretty classy lady that likes to throw down. Setting my DVR now. 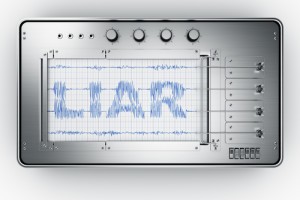 On March 7 2013, Trisha Goddard has so many lie detector results your head will spin.

Yes, Eugene is dating his babysitter, but is he cheating on her? Adding another level to the drama, Eugene is totally cheating on Kelly. I think this qualifies for a time out.

Kelly throws off her wig in disgust at her cheating boyfriend. Trisha catches him in a pack of lies. Kelly first suspected he was cheating when he gave her an STD. Her daughter begged her to break up with Eugene, but she wanted the lie detector first.

Joe accuses April of cheating on him with his best friend. His bestie sits by while Joe’s fiancée April cries. Joe says that the guy has been telling his family that he did sleep with April. Trisha is flabbergasted.

Demetria suspects her husband of three years, Abrey, is cheating on her. His new moves in the bedroom have caused her to come to Trisha for the lie detector test. If he is cheating, it will tear her family apart. Can Demetria handle the truth?