Trisha Goddard: Is Mark the Father Of Two Babies, One Baby Or No Baby?

Octavia is on the Trisha Goddard Show April 18 2013 because she wants to prove to her boyfriend, Mark, that the two-year-old son they have been raising together is in fact his. She acknowledges on the show that she did cheat on Mark around the time the baby would have been conceived but the baby is definitely his. He says he knows the baby is not his because she cheated on him.

That isn’t all the trouble Mark is dealing with. Mark, who is dating Octavia, has a girlfriend on the side as well, MyChelle. MyChelle is claiming her two-month-old child is Mark’s baby, but yet agin, Mark is not buying it. He said he only slept with her because he wanted to do it and there is no way the baby is his. 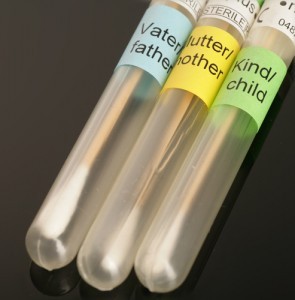 Trisha Goddard April 18 2013 talked with Mark who may have father two babies by two women and she talked with Thomas who walked out on his pregnant girlfriend.

Trisha Goddard has her paternity tests ready meaning Mark is about to find out if he has two kids, one kid or no kids at all. And I don’t see this three way relationship working out for him too well.

Trisha Goddard: Is Thomas the Father Of My Five-Year-Old?

Tamara claims her ex-boyfriend, Thomas, is the father of her five-year-old son but Thomas doesn’t believe it. Thomas walked out of Tamara’s life while she was pregnant and he has not looked back since. Thankfully for the child, Tamara started dating James who has stepped in as the father of the child and has been taking care of the baby like it is his own.

Is James willing to let Thomas father the child if the paternity test shows that the baby is his?