As Jay Leno reported, a New York mom is facing jail time for hiring dancers to entertain at her son’s 16th birthday party. “Even worse is grandma put 100 singles in his birthday card, so the kid could make it rain,” Jay said. Any birthday party at a bowling alley might be starting off on the wrong foot regardless. 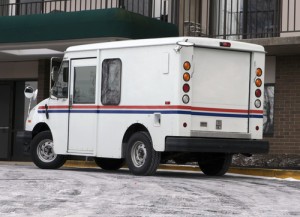 Jay learned some facts about Noah’s ark, which was 450 feet long, weighed 2000+ tons, and carried animals in squalor, “thus making it the very first Carnival cruise.” How long till we can stop making jokes about that?

A new pope could be chosen from America, according to news reports. In the running are Cardinal Sean O’Malley and Arch Bishop Don Magic Juan of Chicago, a spiritual advisor to Snoop Dogg.

Oklahoma officials have not ruled out spontaneous combustion in that state. “I believe the last man we saw go down in flames was Jesse Jackson Jr,” who recently pled guilty to misusing campaign funds.

Former South Carolina governor Mark Sanford, the man who had an Argentinian affair while MIA from office, is running for Congress, but Jay said he isn’t sure the body would accept an adulterer.

Tonight Show: What Is Sequestration?

A Gallup poll finds that 70% of Americans think we are heading in the wrong direction. He said the other 30% are considering heading back to Mexico.

Jay Leno used a video to illustrate sequestration, or looming government spending cuts. They can never work together because they end up fighting instead and missing the goal.

Gas prices continue to go up in California. Jay said that stations might start selling tall, grande, and venti gas instead of going by the gallon.

Are you a cat person or a dog person? The Tonight Show tested which animal is smarter. A cat walked directly past a video camera in one video, whereas a dog walked right into the lens. Thus, Jay concluded that cats are smarter.

The US Postal Service is getting into the apparel business. “It’s for people who always want to arrive late and not work on Saturdays,” he said.

A chemical has been discovered that makes women want to talk more than men. To Jay’s surprise, the answer was not red wine. In fact, the study found that women talk three times as much as men, “because they know men aren’t listening the first two times.”

Butt enhancement surgery is on the decline for the first time in years, which Leno attributed to our success as a nation at getting fat the old fashioned way.

A sports clip featured what may be the world’s most disappointing free throw. Titus Ashby is a much better shot than that.

Brad Pitt and Angelina Jolie are producing their own wine, which is not a precedent for celebrities. “Lindsay Lohan put her name on a vodka bottle with a Sharpie, so nobody else could drink from it,” Jay said.

In his new memoir, Clive Davis said that Michael Jackson actively tried to sabotage his sister LaToya’s career, but Leno thought she did the job well enough on her own without his help.