Home > Tonight Show > Tonight Show Interviews
When you buy through our links, we may earn an affiliate commission. As an Amazon Associate we earn from qualifying purchases. Learn more.

Mentalist Lior Suchard returned to The Tonight Show with yet another mind-bending trick to wow Jay Leno, James Spader, and the audiences in studio as well as at home. Can you do this with a dollar bill?

Jay Leno: What Is A Mentalist?

Lior Suchard said that he knows how to read people’s thoughts and play with their minds. He gave Jay a large roll of paper, and on the desk was a bowl containing $300 in $1 bills.

Jay chose a random bill, folded it into quarters, and placed it inside a manila envelope. Then Leno had to sit on the envelope. 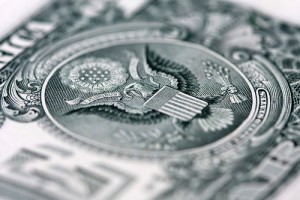 The Tonight Show demonstrated the unique talents of mentalist Lior Suchard, who used $1 bill and a marker to perform a stunning feat for Jay Leno on TV.

Next, Lior turned to James, giving him a poster board and a marker. James drew a circle on his posterboard and then was told to close his eyes.

Lior had a poster board of his own and quickly sketched a rudimentary smiley face on it. Then he had James open his eyes and draw a face of his own. Lior and James had drawings that I suppose were kind of similar.

For his next illusion, Lior grabbed James Spader’s cell phone, opened the calculator, and asked Jay for a four-digit number: 1492. He hit the + button and had James contribute the next number, 7594, before hitting + again.

The result was 40,450,437, and Lior Suchard got Spader and Leno to agree that they had not been supplied numbers in advance. Then it was time to unroll the paper, which improbably contained the eight-digit number they had just come up with.

Upon opening the sealed envelope containing a randomly selected dollar bill that Jay had been sitting on, the host found its serial number was also the number they had come up with. That is some voodoo, you guys.

By spraying one extra line on the sheet and then turning it upside down, Lior got the number to spell the words Leno Show. That’s crazy, and I bet it is a fun live show if you can catch it on the road. How have we not solved all the world’s magic tricks in this modern Internet era?