Home > Today Show > Today Show Recipes
When you buy through our links, we may earn an affiliate commission. As an Amazon Associate we earn from qualifying purchases. Learn more.

Chef Curtis Stone just debuted his fifth cookbook, What’s For Dinner, the perfect cookbook for any family on the go. He said he wrote the entire book for the busy family that needs to eat on the fly, who wants to be cheap and who needs to be extra healthy. Each chapter in the book corresponds to the best foods to eat that day and the best recipes to get you ready for the next day. 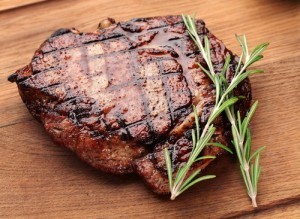 To make the creamed spinach:

To cook the steaks: