On Today Show June 3 2013, trending topics included the Michael Douglas cancer comments he made about it, the gender of Kanye West’s baby, and a mixed-race Cheerios ad getting a ton of hateful comments. Also, Stephen King was previewing his newest novel, Joyland, and New York Times columnist Mark Bittman showed us some simple Summer recipes to help the family cook map out the week in eating.

The show concluded with a show of dogs and cats that need adopting in New York. 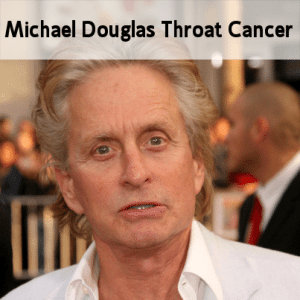 The Michael Douglas cancer comments were quite strange, and had the actor backpedaling on what he said. (s_bukley / Shutterstock.com)

On today’s trending topics, Michael Douglas said that his throat cancer was caused not by his excessive drinking and smoking, but by HPV. How did he backpedal from that comment? Also, hotels are removing room service, a touching photo of a police dog at a police officer’s funeral, a misspelled word at the National Spelling Bee. Finally, Channing Tatum and his wife, Jenna Dewan Tatum, welcomed a baby into the world over the weekend, and the gender of Kanye West and Kim Kardashian’s baby was revealed.

A recently released Cheerios ad has caused a controversy among the ignorant and racist, as it seems that the mixed-race couple depicted in the commercial caused the ad to receive so many hateful comments on the General Mills YouTube channel that they had to disable the comments for the video. Star Jones and Donny Deutsch came in to comment on the situation.

Stephen King’s newest (and his 44th) novel, Joyland, will be releasing tomorrow. Stephen talked about the inspiration behind the new book and his many other stories. He also filled us in on his upcoming musical, Ghost Brothers Of Darkland County, and told gave us a few summer reading suggestions with Joe Hill’s Nos4a2, Owen King’s Double Feature, and  Silken Prey by John Sandford.

Mark Bittman, author of VB6, showed us a few recipes to help us map out our Summer menus.