On Today Show May 29 2013, we ask, is Kanye West having a boy or girl? Also, there was a Silver Spoons reunion, news of Beyonce getting her booty slapped while onstage, a talk about fat talk, and Jill’s Steals and Deals, which included some hot must haves. 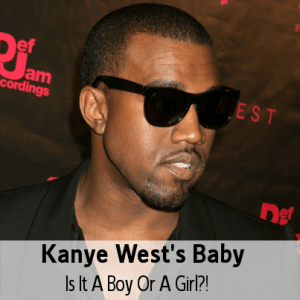 Is Kanye West having a boy or a girl? (s_bukley / Shutterstock.com)

On today’s Trending Topics, it was reported that a record-high 40 percent of women are now the breadwinners in home with children, Starbucks store managers started asking for a cut of the tip jars, JC Penney has a tea kettle that looks like Hitler, and Beyonce got her butt slapped on stage by an overzealous fan in Denmark.

Hal Spielman, author of Suddenly Solo, is an 86-year-old widower that felt lost and confused after his wife succumbed to breast cancer a few years back. Thinking that there were others that felt the same way he did, he started doing research on the dating habits of seniors, and became wildly succesful by publishing his findings and giving out dating advice to seniors.

The cast of the 1980s sitcom Silver Spoons came together on the show today for a reunion, shared with us where they have been, and Ricky Schroder filled us in on his upcoming reality show.

Fat talk has become a common social interaction between women that serves as a form of bonding. However, the damage that it can do to a feamle’s self esteem is dizzying, and two experts came on to tell us how.

On Jill’s Steals and Deals, there was an American Girl doll set, vintage kantha throws, Charmed Circle Pendants, and more.