Home > Today Show > Today Show Product Reviews
When you buy through our links, we may earn an affiliate commission. As an Amazon Associate we earn from qualifying purchases. Learn more.

There are nearly 700,000 apps you can download on your smart phone but it would be impossible to sift through them all to find the best ones for your lifestyle, so the Today Show commissioned tech genius Mario Armstrong to do it for you.

He roamed around the cyber galaxy and found five of the best apps everyone needs to download in 2013. The best part is many of the apps are free or cost little money to purchase. 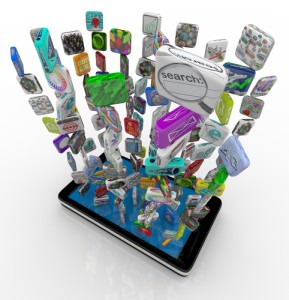 The Today Show talked with tech genius Mario Armstong about the best apps for 2013, which include Postal Pics, Smart City 24/7, Fitbit and Hotel Tonight.

The first app he had was the TripIt app. With this app, people can manage their travel itineraries with ease. The app will reroute all travel related emails to the app, which then sorts them and files them to make it easy to see when and where you are going. It will also organize your schedules for the trips after you arrive.

There have been a lot of health tracker and daily workout apps coming out within the past year and one of the best around is the Fitbit app. It tracks the amount of steps you take, how much weight you have been losing and how many calories you have taken in each day. It also lets you compete against friends and win awards for weight loss achievements.

Hotel Tonight was Armstrong’s favorite app, one he said he uses very often when he is traveling. The app works by finding the best deals on hotels for that day. It works in 80 different cities and when it hits 12 noon at any of those places, you can pull up the app and find hotel rooms which have been marked down significantly.

The PostalPix app is perfect for anyone who has a million photos on their phone but not a single printed photo in their home. The app allows you to pick a photo you have taken on your phone, pick the size you want and pay for it to be printed and shipped to your address.

Smart City 24/7 is going to transform the way people interact with a city. It allows people to find things to do, find deals at different restaurants and see which bands are playing where, among countless other functions.