Victor Garber stopped by the Today Show for a quick chat with the co-hosts, and said he was in New York City for a bit before he had to take the red eye to California for the SAG Awards where he, and the rest of the cast from Argo, are up for an award.

He also revealed he is a very close friend of Ben Affleck’s. Obviously he worked with him on Argo, but he also worked with Affleck’s wife, Jennifer Garner, on Alias. The three have become so close, Affleck and Garner have named Garber the godfather of one of their children. 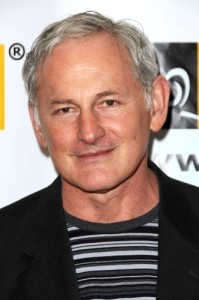 The Today Show talked with Victor Garber about his role on Deception and looked at the top clicks of the week, which included a fast food rap at Wendy’s. (s_bukley / Shutterstock.com)

Garber has been playing the role of Robert Bowers on new show Deception, which premiered January 7 2013, about a wealthy family who hires a private detective to figure out the truth behind what happened to a famous socialite who died from a drug overdose.

Garber said it is fun playing a role where no one knows if he is a bad guy or not. “I like playing a character with a lot of complexities,” he said.

It is that time of the week again. The Today Show has the top clicks of the week for January 21 to January 25 2013 and this week had some pretty good viral videos hit the internet: