Dr. Ron Walls, the Chairman of the Department of Emergency at Brigham and Women’s Hospital, said the hospitals in the city have been flooded with patients after the bombing. While he did say the hospitals have extra staff at all the hospitals after the marathon is over each year, as well as emergency medial staff at the finish line, he said the bombing was like flipping a light switch.

“We were prepared for a busy day in the emergency room,” Dr. Walls said, “but then it was like a switch was flipped and it was a whole new procedure.” 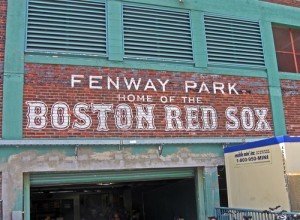 The Today Show talked with one doctor about the injuries he has seen, where the shrapnel came from after the bombing and Tom Brokaw gave his thoughts. (fmua / Shutterstock.com)

Dr. Walls said just at Brigham and Women’s Hospital, there were 31 total patients from the blast, nine of which had to be operated on. He said many of the injuries were severe muscle and skeletal injuries, like broken bones, open fractures down to the bone and lose tissue. He added that all the shrapnel embedded in the legs and bodies of patients did not come from the bomb but rather from whatever was around the bomb when it exploded.

“These are the most severe injuries I have ever seen,” Dr. Walls said.

As of April 16 2013, 14 of the people at Brigham and Women’s hospital are still in the hospital and two have limb threatening injuries.

Tom Brokaw said the one thing everyone needs to focus on is finding who is repressible for the bombing. Was it a wide network of people or was it some type of “freelance lunatic?”

Brokaw seemed to be struggling to find a silver lining for the bombing by saying it is going to bring people closer together. He said the same thing happened after the Oklahoma City Bombing in 1995. Everyone in the community grew closer and there was even going to be a memorial marathon this weekend, which has been cancelled in light of the recent events.

Since 9/11, Brokaw said the FBI has been worried about sleep cells in America. These are smaller criminal organizations that try to take down the government when the time is right. He said it is imperative that we find out if this bombing was orchestrated by a sleep cell or whether there was a single man involved in the attacks.