Star Jones was on the show today and she was wearing red, along with a number of fans, for National Wear Red Day, a day to raise awareness for heart disease.

Jones said she is taking the wear red day a little further by wearing red all month to raise awareness. She is also starting a healthier lifestyle in February by exercising for 30 minutes each day and sticking to a strict diet her doctor made for her. The diet has eliminated unhealthy foods and packed it full of protein rich foods like salmon. 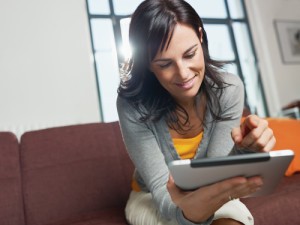 The Today Show had the pleasure of meeting Kevin Di Cicco, author of Go Buddy! The Air Bud Story, the story of the lovable dog Air Bud who starred in 13 motion pictures and has kept his motion picture legacy alive with his puppies.

Di Cicco brought Air Bud’s two pups on the show to play some catch on a makeshift football field and they sure can catch a football pretty well.

It’s Friday again which means it is time for the top clicks of the week. The hosts found their favorite viral videos from January 28 2013 to February 1 2013 and put them up on the show for everyone to watch. You can vote for you favorite at the Today Show website and check out all the videos below.

Top Clicks of the Week