The Supreme Court is set to hear arguments for gay marriage March 26 2013, and Matt Lauer wanted to know what the Today Show Professionals thought about the cases. Could the verdict change how we legally view the institution of marriage? And will the legal decisions do anything for the emotional opinion of the 36 percent of people who are opposed to gay marriage in America?

Star Jones brought out a document from her college years, the court case of Loving vs Virginia, a case where the judge presiding said the freedom to marry should be a fundamental right of all people. Jones said she sees America moving towards acceptance of gay marriage. Carson Daly was a guest panelist for the Professionals and said the more conservative the decision is, the more of a backlash Americans are going to see.

Dr. Nancy Snyderman said there has been a generational shift with many younger people not seeing the big deal behind allowing anyone to marry. She said in 20 to 30 years we are going to look back and see this time as a hiccup. 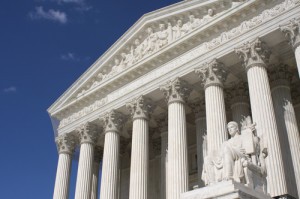 The Today Show Professionals talked about the gay marriage case being heard in the Supreme Court and looked at a Ford advertisement depicting bound women.

Tiger Woods is the number one golfer in the world again after he won the Arnold Palmer Invitational March 25 2013. But is America ready to embrace Woods again after all his scandals?

Daly sure thinks so. He said there are only two things America loves. We love seeing people getting knocked down but we also love seeing them get right back up and make a comeback. It is simply a great story and Carson Daly said people will embrace Tiger Woods again.

Ford recently had a few controversial ads leaked on the internet and people are not happy about what they depicted. The ads, which were set to run in India before being pulled because, as Ford said in a press release, “they were never intended for paid publication” and they were “unprofessional,” depict a number of women bound in the trunks of the Ford cars supposedly to show how much room is in the trunk.

One of the ads is a cartoon depicting Paris Hilton driving the car and the Kardashian sisters tied up and gagged in the trunk. Dr. Nancy Snyderman got on Star Jones’ bad side when she said, “funny ad, wrong country,” to which Star Jones said there is nothing funny about women bound and gagged in a trunk.

“I went to law school to stop the binding of women in the back of cars,” Jones said.

Daly thought it was simply a way to do a print viral marketing campaign and it was working pretty well if it made it on the Today Show.

A New Zealand woman dodged some trouble after leaving her baby in a locked car with a note written from the baby’s perspective reading, “My mum is shopping. Call her if I need anything,” with a phone number listed on the paper. A person took a picture and posted it to Facebook but no charges were filed against the woman because no one made a police report.

Carson Daly couldn’t believe someone would do that and he thought the police should find this women, even without the police report, and charge her with some kind of child endangerment.