19-year-old Holly Tucker’s future on The Voice looked promising from the start when all four judges were fighting over her when she first debuted, but, in a surprise twist, she was voted off the show Tuesday night. She was very upset because she had been there for two months when she was taken off the show, and she was going to miss everyone dearly.

Despite her sadness and disappointment, however, she said that she is very grateful for the experience and how much it has made her grow as an artist. She will be recording music as soon as she can to capitalize on the attention her time on the show got for her. 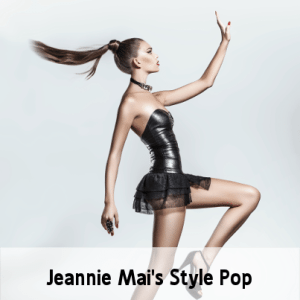 Jeannie Mai’s Style Pop may just be your new best place to hear about fashion.

What is the craziest thing you have ever done in the name of fashion? Jeannie Mai, a fashion expert and Style Network host, will be making a show all about this on her new show, Style Pop. They will be talking about strange fashion trends, technology, and gossip from around the world.

The hook? The audience will be part of the show as their live feeds from social networking sites are monitored during the show, providing something of a show-long feedback loop.

Pippa Middleton, sister to the Duchess of Cambridge, has landed a new gig that has nothing to do with being the maid of honor. Already being a published writer, she scored a gig at Vanity Fair as a columnist. This development has gotten her plenty of paparazzi attention, but she has taken to print to really let people know who she is.

For her first column, Pippa Middleton wrote a piece called “Splendor On The Grass,” about her first trip to Wimbledon at age eight and her desire to be married in her tennis whites shorts.

Though Pippa has already had a book out and been published in other magazines, there are those that  wonder if she is qualified to write for Vanity Fair. Aimee Bell, the magazine’s deputy editor, said that they think she can bring a unique perspective that others couldn’t.

Vanity Fair is hoping to get a column from her every few months, and have no plans to make any of them about her royal in-laws.