After the bombing at the Boston Marathon, so many phone calls were being made to people in the Boston area that the cell phone system shut down. Even without the ability to talk with others on the phone, many of the people at the marathon were turning to their cell phones to use social media to connect with other people.

Within moments of the blast, people were posting pictures of the bombing to Facebook and Twitter. Some of the pictures even captured the blast as it happened. News of the blast quickly spread around the internet. Even the police were using Twitter to ask for video of the finish line and Google set up a person finder for anyone looking for someone in the Boston area. 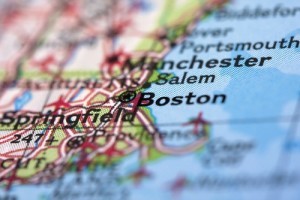 The Today Show looked at how social media played a big role in helping people find loved ones after the bombing and the security measures at London Marathon.

Today Show: Who Is the Man On the Roof At Boston Marathon?

One of the pictures captured during the chaos shows a man walking by himself on the top of a Boston building. Many are wondering who the man is since he looks unshaken by the hysteria happening below him.

Today Show: Countries Across the World Stand With America

News of the bombing has spread around the globe and countries all over are offering their support to America. Many British newspapers have front page stories about the bombing, one reading “Bloodbath at the Marathon,” while a German newspaper praised Boston for it’s well functioning security system that went into effect immediately after the bombing took place. Australia has also written to America saying they have condemned what happened in Boston.

The London Marathon is taking place this weekend but not without some beefed up secretly measures. The Today Show reported that no suspects have been linked to the bombing, meaning it could be a terrorist organization targeting different marathons around the world, meaning London has become very cautious about the marathon this weekend.

It has been reported that Prince Harry will be giving out medals at the finish line of the race, although that could change in the coming days.