The second half of the first season of Revolution is airing tonight and to get the scoop on what to expect, the Today Show invited the star of the show Billy Burke on to talk about the new hit show that deals with what just might happen when the lights go out for good.

The second half of of the season is going to be dealing with the revolution that is taking place in the darkened world. The mid-season premiere is also going to have audiences reeling when they kill off one of main characters, but Burke wouldn’t say who is not going to be on the show any longer.

Burke said he thinks people have been tuning in to the show because it deals with how simple life really is. The show is simply about people trying to stay alive in a world where none of the electronics work. Although Burke is the hero in the show, he said if anything like what happens in the show happened in real life, he would be terrible at dealing with the circumstances. 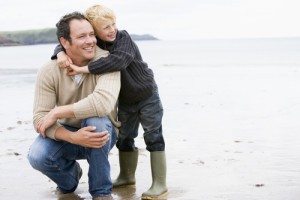 The Today Show talked with a single father who found a therapy group after his wife passed.

When his wife of 16 years died from cancer, Bruce Hamm didn’t know how he was going to raise their three children alone. He said he and his wife thought they had more time to prepare for her death, more time to say goodbye and prepare the children for the passing of their mother, but cancer struck sooner than they thought. In 2010, Hamm lost his wife to cancer and he became a statistic in that moment. He is now one of over 20,000 fathers who lost their wives to cancer and are facing parenthood alone.

But for Hamm, he has found somewhere to turn. A first-of-its-kind support group run by Dr. Donald Rosenstein at the University of North Carolina Lineberger Comprehensive Cancer Center is aiming to help men cope with the loss of their wives. Hamm was one of the first men to sign up for the program saying it began as a way for him to share his feelings in an environment where he felt safe. “I think it began to be a safe place for these macho guys that didn’t share their feelings.,” said Hamm of the first meetings.

Not long after, the group became close with one another. One of the fathers in the group, Russell Tatem, said he would call all the men in the group his close friends. They are even trying to get the word out to more fathers, hoping to find more men they can bring into their group who are similar to them. They have launched a site, Single Fathers Due To Cancer, offering resources and support for other widowed fathers.

Hamm’s children, Bailey, Lucy and Annie, said they can see how much the group has been helping their father, saying they know it makes him feel like he isn’t the only one out there dealing with this tragedy. But more than just having other men like him around, Hamm said the most important part about the group is that it has taught him he can raise his children even without his wife by his side.

“It’s critically important to me that my kids have the same kind of childhood that they would have had had my wife been alive,” Hamm said. “I think she looks down on this household and I think she laughs. I think she rolls her eyes. And I think she’d be really proud of me.”