If your child is in Little League, there has been an important change made to the helmets worn by the players that you should know about. The stands in Little League games are loaded with moms that are always praying their sons don’t take one to the head by a wild pitch, and with the CDC reporting more than 9,000 Little League players ending up in emergency rooms each year, safety equipment is a necessity. This becomes even more important when one considers that, even at a young age, Little League pitchers can throw pitches as fast as 50 miles per hour. 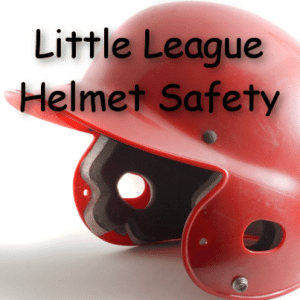 Rawlings has set a new rating system for the level of protection its baseball helmets provide.

At the Rawlings test facility in St. Louis, the damage that a fast ball can do to a human head, especially a young one, has been made very apparent through tests. Since the 1980s, the industry standard has required a baseball helmet be able to withstand a ball travelling as fast as 68 miles per hour.

However, Rawlings believes that it is time this standard was changed. They have a new ratings system for baseball helmets to sustain different speeds of impact by a baseball to accommodate players from the little leagues all the way up to the pros.

Art Chu, the senior vice president of Rawlings, oversees research, and said that they are taking that original 68-mile-an-hour mandate and scaling it all the way up to the major leagues, which have helmets to protect against impacts up to 100 miles per hour.

Given that he is the father of an eight-year-old player himself, he understands the peace of mind that parents want to have while their kids are playing baseball. The higher the level of protection for the kids playing, the higher level of participation the sports will have.

Though Rawlings has set a new standard for itself with its ratings system, the rest of the industry will still only be required to hold to the original 68-mile-an-hour mandate for the time being.