The Today Show brought in their professionals, Donny Deutsch, Star Jones and Dr. Nancy Snyderman, to go over some hot button issues in the news recently and the first one they looked at was a potentially racist Volkswagen commercial. Basically, the commercial depicts a white person named Dave, who is from Minnesota, speaking in a Jamaican accent to different people in his office. Although he doesn’t say anything negative or racist, some people are saying the mere fact that it is a white guy with a Jamaican accent is offensive. 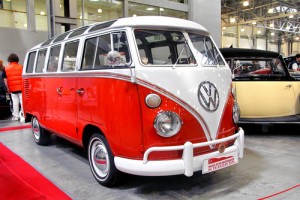 The Today Show talked with the professionals about their thoughts on a racist Volkswagen commercial, whether they would let kids play football and gun safety. (Art Konovalov / Shutterstock.com)

None of the professionals thought it was the least bit racist though. Star Jones said the only thing that bothered her was the lack of diversity in the office which was mostly white males. Deutsch said his advertising agency spoke to 150 Jamaican-Americans and all of them thought the commercial was not racist because it depicted their culture as fun while depicting white culture as boring.

Matt Lauer said the commercial brought him back to carefree times when he could just sit on a beach, drink a Red Stripe and not have a single worry. Even an online poll by the Today Show found 93 percent of people did not think the commercial was racist.

Everyone knows football can be dangerous but is it so dangerous we should not let our children play? In a recent interview with President Obama, the President said if he had boys and they wanted to play football, he would have to think long and hard about letting them play.

Deutsch said the difference between a parent allowing a child to play football and another parent not letting a child play football is based more on socioeconomic status than on safety. “It could be the ticket to gold,” Duetsch said, “which means they might play.”

Star Jones on the other hand thought it was more about family when it came to sports. Her entire family has played football from the professional level to the amateur level and she didn’t see a problem with letting her son play if she had one. Dr. Snyderman was relieved when her son was so terrible at football he was relegated to handing out snacks instead. Would you let your child play football? Let us know in the comments.

David Clark, the sheriff for Milwaukee county, released a statement earlier this week in which he asked everyone in the county to consider taking a certified safety course on the handling of firearms in the wake of so many police officers being laid off.

Everyone on the Today Show thought it was utterly irresponsible and dangerous for a sheriff to promote vigilante activities and say the residents of that county should take up arms because of so many police layoffs.

Star Jones couldn’t even believe it was legal for the sheriff to promote that kind of activity and come out with a statement asking for more guns to be put on the street.