Bombs are one of the hardest terrorist attacks to stop in this country because they are so easy to conceal and after they explode there is not that much evidence left. It is the task of the investigators to siphon through all the little fragments left after the explosive and piece together a crime scene in disarray.

Police at the scene of the Boston Marathon bombing have been piecing together the crime scene since Monday and have come to the conclusion that the bomb was concealed inside a pressure cooker and left on the side of a street inside a brown paper bag. 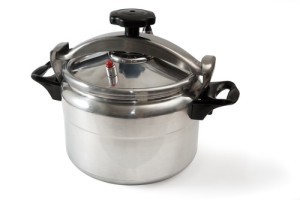 The Today Show updated everyone about the Boston Marathon bombing, and they talked with one man who has donated millions to send kids to school and lower the crime rate.

“How do they know this?” you may be asking yourself. The ATF uses real explosives to teach agents how to process a crime scene and to show why it is important to find every bit of evidence. From the tiniest little wire from a bomb to a stripped screw, everything can be pieced back together to reveal how the bomb was made.

According to them, the smallest clues can provide the biggest picture.

Boston police are asking that everyone who has video or pictures of the race submit them to the police for review. They are also asking people to step forward if they saw anything suspicious, such as a man with a backpack that looked weighed down by something heavy.

In Orlando, Florida, hospitality is everything and there is one man who knows that better than anyone else. Harris Rosen grew up in the slums of New York City, the son of immigrant parents. He worked his way up through the hotel industry and he now owns seven hotels, altogether valued at over $500 million. But it isn’t his hotels he will be remembered for in Florida. He will be remembered for how he helped the residents of Tangelo Park.

Rosen began donating money to the impoverished community back in the early 1990s. He paid for daycare for the children in the neighborhood and when those children grew up, he gave them scholarships to Florida colleges. These incentives have helped the neighborhood thrive. In a community people were once scared to walk through, crime rates have dropped by 50 percent. The price of housing has quadrupled and the graduation rate, which used to be around 25 percent, is at nearly 100 percent.

Kamilla Crawford was one of the children who received a scholarship for college from Rosen. She said she is studying to be a lawyer, something she would have never been able to do without the help of Rosen who has donated over $10 million to the residents of Tangelo Park the past 20 years. He said he is simply trying to spread hospitality through education and hoping others will do the same.