Today Show: Social Q’s – Should You Bring Entrees To a Dinner Party?

Philip Galanes stopped by the Today Show for some Social Q’s advice and the first delicate social situation had to do with a ham and a dinner invitation.

All the co-hosts on the Today Show said not to press the issue. Just let her have her dinner and make the ham for your own family. Galanes said he would have offered the same advice adding that during family dinners, you do not want to be the problem in the room. 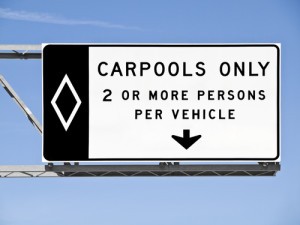 Philip Galanes talked with the Today Show about some Social Q’s regarding wedding invitations, carpooling children, buying fur and bringing ham to a party.

A woman wrote in to Galanes saying she and her neighbor take turns carpooling the kids to school but her children always come home saying they are stressed out because the neighbor yells at her children the entire ride to school. How should she talk to the neighbor about fixing the situation?

Tamron Hall said she would try to find a new carpool, while Al Roker said if he knew the neighbor enough to let her drives his kids to school then he should be close enough with her to bring the problem up and talk about it. Galanes said he liked Roker’s idea, adding that it would be best to try and talk it out with the neighbor.

A woman wrote in to Galanes saying she was invited to her friend’s wedding without a date. She said she doesn’t want to spend the entire wedding weekend alone but she doesn’t know if she is allowed to ask to bring a date with her.

Galanes said choreographing the big day can be costly and the bride and groom know how much another person could cost them. He suggested talking with the bride and telling her you don’t want to attend the wedding by yourself. At that point the bride is either going to allow her to bring a date or she will be more mindful of where she seats her friend.

A mother wrote in to Galanes saying she just bought a fur mink coat and she told her anti-fur daughter the coat is not real fur. Should she tell her daughter the truth or just hope she never finds out?

Matt Lauer said deception is never the right answer. He said the mother should come clean. Galanes agreed adding that this is a perfect moment to teach her child that not everyone has the same views and it is important to learn to live with other views because they will not always be the same as yours.