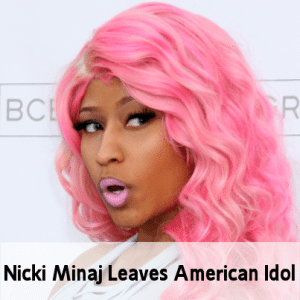 Oprah Winfrey shared something that she has learned during her time on television at the Harvard Commencement this week, telling the soon-to-be graduates how everyone wants to be validated and how even people like President Obama have leaned over and asked her if they did okay when she had an interview with them.

Actress Liz Taylor’s first wedding dress is going up for auction in London in June. The dress was worn at her wedding  in 1950 to Conrad Hilton, Jr. The wedding had 700 guests and was a gift from the people at MGM. It was made with 25 yards of shell-white satin, 15 yards of satin train, a built-in corset, 10 yards of shimmering silk, and it took 15 people working full-time for three months to finish the dress. The auctioneers are thinking that the dress will sell for up to $76,000.

On the front page of New York Times, a new story about Jockey’s new bra sizing suggests that perhaps the method is sizing will be going the way of the dodo. The new sizing system will take the sizing from a 2D to a 3D process. It is going to take into account the volume, and not just how far the bust comes off the chest.

They will have something called a “fit kit” you can order from their website. Though you have to pay for it, a $20 credit for a new bra comes packaged for it. You can then go to the store knowing exactly what size will fit you the best. This new sizing has been eight years in the making and was built from the ground up to make sure that, once you know your size, you can just keep ordering every style of bra in the same size from here on out.

Beyonce is not allowing any of the photos for her new H&M 2013 Summer Collection ad campaign to be digitally retouched. H&M initially trimmed Beyonce’s curves, but the artist wanted a more natural look for her ads. In a statement, H&M said that both parties are happy with the images. Beyonce released a statement saying that not everyone is supposed to be the same, and that you should be truly happy with the way you are.

Beyonce is not the only one to want real—it has been all the rage the last couple weeks.  Model Gisele did not have any of her photos from a recent photo shoot retouched, either. Nowadays, celebrities want to see themselves depicted in a realistic fashion.

It used to be a big Hollywood secret, but now, more people have heard about BeautyLabs’s Black Diamond Energizing Serum. A topical treatment product, this serum is made from black diamonds, which diffuse light and give your complexion an airbrushed, smooth look that helps reduce wrinkles. Though it’s not a permanent effect, that hasn’t slowed anyone down from buying the product, especially at a time when we are always being tagged in social media.

It doesn’t come cheap, however. The serum will set you back $120, while the lotion’s asking price is around $140.