It was that time of the week again and the hosts were excited about the top clips of the week from February 4 2013 to February 8 2013. Check out all the best viral videos below: 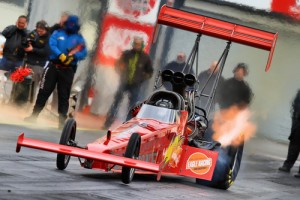 Drag racing is a lot more diverse than you might think. There are numerous females, Hispanics and African Americans in the sport, but Antron Brown is the first African American to be a drag racing champion. Don’t let that come as a surprise though. Being a champion drag racer has been his life long dream.

He grew up in a racing family, with his father and uncle both drag racers, and Brown said he can remember going to national events when he was younger and watching all his favorite drivers race down the track. Fast forward to 2012 and Brown is standing atop the podium as the newest Top Fuel Champion.

“It was the first time I heard my father broken up,” said Brown reminiscing about the day he won the championship. “He said ‘this is what I have dreaming about my whole life and not we get to live it through you.'”

Although drag racing has yet to catch up in popularity to Nascar, the National Hot Rod Association is hoping Brown will attract more fans to the 330 mph, 4 second race sport.

As for the racing, Brown said he isn’t going to stop winning until he owns his own race team. Until then he is going to be strapped in the driver’s seat for the ride of his life, something he described as feeling “like someone is pushing and squeezing the life out of you,” which doesn’t make racing sound like that much fun.