We might be one step closer to cloning humans. Researchers at Oregon Health and Science University have for the first time successfully reprogrammed human skin cells back to their embryonic state. They took skin cells from a baby with a genetic disease and were able to fuse them with human eggs to create human embryos that resembled those of the baby. The researchers are hoping that the development will help develop replacement tissue to treat diseases like Parkinson’s. The purpose of the study was not to generate human clones, they said in the wave of many ethical objections from critics.

Today Show: White Children Will No Longer Be Majority By 2018 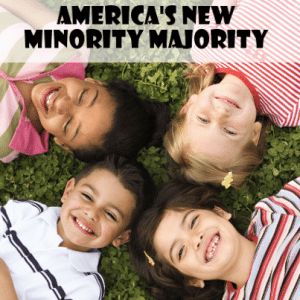 According to the Census Bureau, by 2018 or 2019, white, non-Hispanic kids will no longer make up the majority.

According to the Census Bureau, by 2018 or 2019, white, non-Hispanic kids will no longer make up the majority. Instead, we will be living in a minority-majority country, meaning that no single ethnic group will be making up more than half of the country’s population. This will be the first time in history that this has ever happened.

As the stock market continues to rise, the art market gaining upward mobility right along with it.On May 15 2013, Christie’s, an art auction house, pulled in a record $495,021,500 at their Post-War and Contemporary Art evening sale. Works by Roy Lichtenstein, Jackson Pollock, and a more controversial piece were for sale. A portrait painted by John Kern in 1991 of one of the Golden Girls nude sold for an astounding $1.9 million.

Another story that the cast discussed was the resurgence of an old trend. Brides are, once again, beginning to to abandon their maiden names and take on the names of their husbands. Savannah Guthrie, when she was asked about it, said that she thinks she might be sticking with her own name.

The last topic of controversy was Allure magazine’s mention of Zoe Saldana‘s weight in their headline, “Zoe Saldana: 115 Pounds Of Grit And Heartache.” The magazine recieved quite a bit of backlash on their Facebook page as a result. In their defense, Allure magazine said that they were so impressed by Zoe Saldana’s toughness and confidence that they wanted to capture that.