Some controversial comments from Michael Douglas have made waves on both Twitter and in the news. Recently diagnosed with throat cancer, the actor denied in an interview with The Guardian that the years of heavy smoking and drinking that he took part in were what caused the cancer, and said that his particular strain is caused by HPV and comes from performing oral gratification on a woman. Michael Douglas has of course realized just how that answer sounded and where everyone’s mind went when they read it and, through his rep, has gone on record saying that he was just mentioning that this activity can cause a particular strain of oral cancer.

Today Show: Did The National Spelling Bee Misspell A Word? 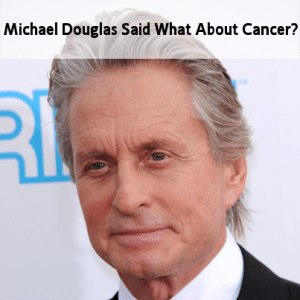 Michael Douglas made some provocative comments about his throat cancer in an interview. (s_bukley / Shutterstock.com)

Did the National Spelling Bee misspell a word? Arvind Mahankali, 13, of Bayside Hills, NY was recently crowned spelling bee champion after his spelling of the word “kneydl,” which he spelled “knaidel.” A knedl is a Jewish dumpling served in soup, and the YIVO Institute for Jewish Research said that the preferred spelling of the work is “kneydl,” even though there are several spellings of the word. Arvind’s trophy is still safe, however, as he used the spelling of the word found in the Merriam Webster Dictionary.

Hotels across the country are cutting room service due to declining demand for the service. Instead, many are starting to offer self-serve restaurants and markets in the establishments, instead.

Kentucky Police Officer Jason Ellis was last weekend in a suspected ambush, and, in a display of the bond between man and canine, Jason’s police dog, Faigo, rested his paw on the casket at the officer’s burial. The dog has been retired and will be living with Ellis’s family.

Channing Tatum and wife Jenna Dewan Tatum welcomed a child into the world over the weekend in London, where Channing is currently filming a new movie. The gender has not yet been revealed. Also, Kim Kardashian and Kanye West revealed that they will be having a little girl in July.