Vice President Joe Biden brought down the house on Wednesday…while giving a eulogy at the funeral for former New Jersey senator Frank Lautenberg, who died recently at the age of 89 of viral pneumonia. Biden’s light-hearted jokes lightened up what was otherwise a somber ceremony. 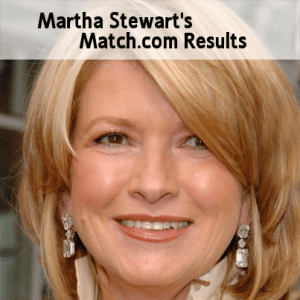 Martha Stewart’s Match.com results are in. How did she like her dates? (s_bukley / Shutterstock.com)

Do you put syrup or syrup on your pancakes? Arecent survey and study by Joshua Katz, a Phd student at North Carolina State University created a series of infrographics about regional pronunciations across America. Words such as “crayon,” “syrup,” and “singer” were on the list.

There is a new video trending on YouTube of a man who bowled over a little boy while running to snatch up the grand slam ball from the Chicago White Sox & Seattle Mariners game last night.

Jay Leno had a little bit of fun with Taylor Swift‘s new song “22,” a song about being young (I’m assuming by young, she means 22) by making his own version, “63.” Singing about colonoscopies instead of fast cars, his parody is pretty funny to watch.

Just over a month ago, Martha Stewart launched a search for a man using Match.com, and eventually narrowed it down to Stan, a filmmaker, and Larry, an international steel trader. She went out on dates with each of them, so how did they turn out? She came on the show with Match Inc.’s CEO, Sam Yagan to fill us in on Martha Stewart’s Match.com results.

Martha Stewart enjoyed both dates, and said that it got her thinking about dating as a nice thing to do. She started talking business with Larry, so any romantics are on hold. She would go on second dates with both of them, she said. Using Match even opened up a few new doors for her, as she has been set up with a few dates since then.

Martha set a trend by joining, and people who never thought about doing online dating are now flocking to the site in droves after seeing how a famous figure such as she would use the site and find success.

A woman recently gave birth to a baby that she never knew she was pregnant with. 33-year-old Trish Stain never missed any periods and had no baby belly. It wasn’t until she experienced crippling abdominal pain while training for a half marathon that something seemed off. With her husband having a vasectomy, though, she never would have guessed the “problem” was a baby.

Her husband John was just as shocked as her when Trish delivered a healthy 6 pound 6 ounce baby girl, which Trish said she may call “Miracle.”

Dr. Nancy Snyderman, NBC News Chief Medical Editor, said that this is possible, referring to it as “Denial Of Pregnancy,” something that has been published in medical journals. According to one study, 1 in 475 women gave birth to babies when they didn’t know they were pregnant. This has happened to both obese women and anorexic women.