This past week has given Americans a lot to talk about and the Today Show wanted to hear what the Today Show Professionals had to say about some of the topics. The first topic was the new TSA rule change that allows small knives to be brought on planes.

Suze Ormon, who was filling in for Donny Deutsch, said when she was on a plane the other day she asked a flight attendant what she thought about people bringing knives on planes and she told Ormon she is worried for her own safety. Ormon told Matt Lauer she agreed with the woman being scared for her safety, questioning why we aren’t allowed to bring shampoo on the plane but a knife is okay. She said whoever is making the rules needs to listen to the people who fly every single day and get their input when making such drastic rule changes. 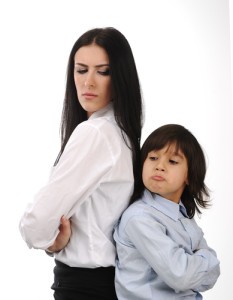 The Today Show Professionals gave their thoughts on knives being allowed back on planes and a mother shaming her thieving child at school with a t-shirt.

Star Jones thought bringing knives on a place was ridiculous, pointing out that airports don’t even check everyone’s luggage when it is stored under the plane. There could be a number of things in there that could cause some type of harm.

A mother in Colorado is under some scrutiny after she shamed her eight-year-old daughter, who she claims has a stealing problem, by making her wear a shirt to school that read “I steal, meaning I take other people’s property” on the front and “I steal, please watch me” on the back.

Star Jones was ashamed of the mother, who she said was putting the school in the middle of an a parenting issue. Matt Lauer continued with the story saying when the child arrived at school, the principal of the school made the child cover up everything written on the she shirt.

Dr. Nancy Snyderman agreed that the school should have covered up the shirt, saying they have the right to do that, but she also believed this child needs to see a therapist more than she needs to be shamed at school. Ormon pointed out that other children were probably bullying and teasing the eight-year-old. This was not the right approach to the situation.

Sheryl Sandberg, one of the top female executives in Silicone Valley, has written a new book, Lean In, about women in the workplace being held back by themselves more than any other factor. This one comment in her book has caused some backlash from critics who say there are many other factors holding women back.

Dr. Snyderman shared a story about her daughter who called her and told her a man at her work told her she was being too bossy. Dr. Snydeman said she told her daughter to not listen to the man. She wanted her daughter to understand that she is doing the right thing, seeing the man saying she is “bossy” as holding her daughter back from continuing further into her career.

A woman in Maryland was ticketed this past week after she was pulled over for going 63 mph in a 65 mph zone. The cop said he pulled her over because she was in the far left lane and she would move to a slower lane when traffic came up behind her.

When the Today Show Professionals heard this story they all said it was right for her to be ticketed.

Star Jones explained further saying the woman was in the wrong. She was impeding other traffic from using the lane correctly and she could have caused an accident.