A South Carolina family is trying to find a cure for their 4-year-old terminally ill daughter, Today Show said. Dr. Nancy Snyderman has the story about this family, and how they’re working to save their daughter. 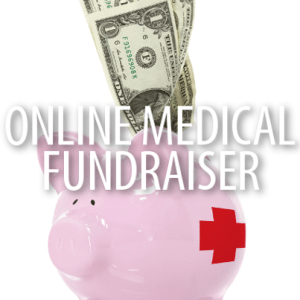 One South Carolina family is working against the clock to save their terminally ill 4-year-old daughter, Eliza O’Neill. (Tom Saga / Shutterstock)

Eliza O’Neill is a fun loving 4-year-old who loves to play dress up and go swimming. However, Eliza O’Neill was diagnosed with Sanfilippo Syndrome about a year ago. The disease clogs up cells and stops development. By the end of 2014, she could stop developing and fully lose the ability to speak.

Eliza O’Neill’s parents, Glenn and Cara O’Neill, have found hope in an experimental treatment, and began raising the $2.5 million they need to start the clinical trial. It is the only way their daughter might be able to survive the disease.

By February, the family had only raised $200,000, which is when Glenn O’Neill decided to turn to social media. Glenn O’Neill said he literally Google-searched “how to make a viral video,” and ended up getting in contact with Benjamin Von Wong, a freelance videographer who agreed to come and make the video if he could sleep on the O’Neill family’s couch. He didn’t charge the family a dime for the video.

Within two months of posting the video, the family raised $1 million. It broke the record for most money raised on GoFundMe.com.  Douglas McCarty, a nationwide children’s hospital investigator, said that this is more money than they would normally expect to get from a large institutional grant.