Many people were wondering what her half time performance would be like, especially after she lip synced the “Star Spangled Banner” at President Obama’s Inauguration, and it would be impossible to say anything less than she stunned the crowd. It was such a performance, there was a blackout after it. And the rumors about Destiny’s Child reuniting for the half time show were true. Kelly Rowland and Michelle Williams both came from beneath the stage to accompany Beyonce while she sang “Single Ladies.” 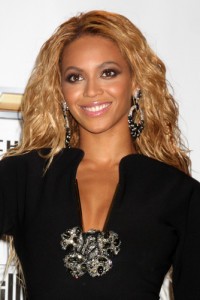 The Today Show looked back at the Super Bowl half time performance by Beyonce and Destiny’s Child.
(Helga Esteb / Shutterstock.com)

One follower of Beyonce tweeted, “It was kind of the football teams to open for her.”

Jennifer Hudson also performed at the Super Bowl, singing “America the Beautiful” with the Sandy Hook Elementary Choir. Hudson said it was hard and emotional for her to rehearse with the choir because of everything the children have been through. Meeting all the children was overwhelming for her but she said they were very strong children and they kept their emotions from coming out during the song.

As for Beyonce’s half time performance, Hudson said she was dancing in her seat as she watched. “She is a role model to me,” said Hudson, who was excited to see Destiny’s Child.

You can see more Jennifer Hudson on the show Smash where she will be playing Veronica Moore, a Tony Award-winning Broadway star who has worked hard to reach her dreams on the stage.

L.A. Reid also stopped by the Today Show to talk about the President’s Merit Award he will receive at the Grammy Awards, an award signifying his contributions to the music industry. He said he is honored and humbled to receive the award and he is going to continue contributing to music as long as he lives.

He also congratulated Beyonce on her performance at the Super Bowl and said if she wanted to lip sync the performance, then she could because she doesn’t have anything to prove.

“Her fans know she is the greatest entertainer alive and she literally put the lights out last night,” Reid said.