Football player Chad Johnson had a plea deal denied him by a judge yesterday after he slapped his attorney on the behind in celebration of her initial ruling. After hearing that the judge had accepted his plea deal, Chad Johnson slapped his attorney on the behind and the judge, thinking that Chad wasn’t taking things seriously, shot down his withdrew her ruling, sentencing him to 30 days in jail.

Star Jones and Donny Deutsch came in to weigh in on the topic. Donny was in total disagreement of the ruling, asking if we live in a fascist state. Star Jones, though, while she thought the 30 days in prison was unnecessary, did think that the butt slap was out of place in a courtroom and showed disrespect, and thought there should have been a lesser punishment for this. 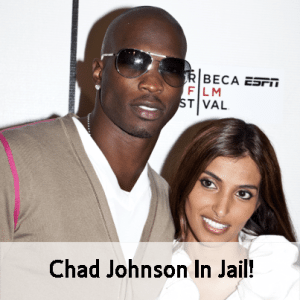 Chad Johnson had a plea deal denied by a judge when he slapped his attorney on the butt in celebration. (lev radin / Shutterstock.com)

Apple introduced new software and a new music service on Monday, but it doesn’t seem to be enough for consumers. Critics are quickly popping up all over the place to ask questions as to whether or not it is still worth investing in Apple and if post-Steve Jobs Apple can have the same impact. While Apple products have always given us something we never would have thought of in the past, they didn’t show us that here.

It appears that caffeine may be responsible for a mental health disorder. The DSM-5 says that caffeine can impair a person’s performance during their day to day life. For those that don’t want to give up their caffeine no matter what anyone says, doctors recommended limiting your caffeine intake and consuming it at irregular intervals.

Eesha Khare, who just graduated high school, has created a device that can charge a cell phone in 20 seconds. The teenager, who was tired of her cell phone always dying, read up on supercapacitors, and her device was born. Eesha Khare won Intels science fare and $50,000 last month for the device, which she says will probably be in the hands of consumers within a few years.

Today Show: Passengers Sing “I Believe I Can Fly” On Delayed Flight

A group of passengers aboard a delayed flight stuck on the tarmac for four hours broke into song to vent their frustrations. Belting out R. Kelly’s “I Believe I Can Fly,” the passengers staged a musical protest over their displeasure that their place had still not taken off.

First, Bill O’Reilly said that you have to physically drag the kids off the internet, then, which he said they’re accomplishing this through the use of pictures. Then, the kids will want to know the story behind the pictures, and that’s where the enticing story comes from.

This book is only the first of many to be released that is profiling historical figures. The next figure that Bill will be tackling is Jesus, and that book will be releasing in September.