Rutgers University basketball coach Mike Rice was recently fired after a video of him hitting and berating students came to light in the public. The athletic director for the university, Tim Pernetti, resigned after the video leaked citing his lack of professionalism when handling the situation. Although most people are happy they are both done dealing with the students at Rutgers, many people are upset that Rice is walking away with $1 million and a bonus and Pernetti received around $1.2 million after resigning.

Is it right that they walk away with so much money?

Donny Deutsch said it might feel wrong but it really isn’t. He said neither the coach nor the athletic director did anything illegal, which means their contracts had to be honored and they had to be given a severance pay after they were fired and resigned. Star Jones speculated that the higher-ups at the university might have condoned some of what took place in the videos and they are just trying to protect themselves by getting Rice and Pernetti out the door before they can say anything to accuse more people. 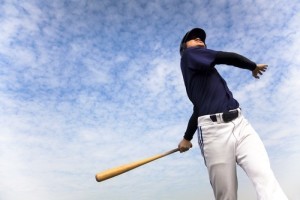 The Today Show Professionals gave their thoughts about gay athletes in sports, Mike Rice getting fired and President Obama saying an attorney general is good looking.

While in California over the weekend, President Obama introduced California’s Attorney General, Kamala Harris, as the best-looking attorney general in America. Did he cross a line or was it just an innocent compliment?

Dr. Nancy Snydermann said she probably is the best-looking attorney general in America but it doesn’t mean you have to say it to her. She thought the President crossed a line. Star Jones said the main reason it is regrettable is because it is a distraction for the President.

Today Show: Where Are the Gay Athletes In Major Sports?

After Magic Johnson told the media he was proud of his gay son and that he loved him very much, many people have started to question where the gay athletes in professional sports are. With the ever-changing views on homosexuality, Matt Lauer wanted to get the Professionals’ thoughts on gay professional sports players.

Deutsch said one statistic suggests about 10 percent of professionals are homosexual yet none of them have come out and said so. He speculated the reason had to do with the locker room and the team. He said many coaches might say a homosexual player would be destructive to the team fiber in the locker room and on the field. But he also thinks if one person can come forward, the entire mentality could change.

Star Jones figured many gay athletes have stayed in the closet because they do not want their opponents to take advantage of their vulnerabilities. It is a game and everyone is trying to win any way they can, which means gay slurs might be thrown around just for the sake of getting an edge on an opponent. Dr. Snydermann pointed out that many people have started and failed at making a documentary about professional gay athletes.

Today Show: 89 Percent Of People Have Skipped Work For a Sporting Event

In a new poll by USA Today, 89 percent of the pollers said they have called in sick to work to watch or attend a sporting event. Matt Lauer wanted to know if that number was too high or too low.

Star Jones said she wouldn’t know. She is too busy putting people in prison to call off work.

Matt Lauer figured with numbers like these, companies should give people “man days” so they can see a game or two during the year. It would probably boost morale in the office.