Beyonce usually isn’t the one on the other end of a controversy but it looks like she has recently come under fire from fans and critics alike for the lyrics in her new song “Bow Down.” In the song, her first new song since 2011, Beyonce sings, “bow down b*****,” during the chorus of the song.

Her new song has created a Twitter frenzy, with some fans saying her song has an anti-feminism message. Fellow recording artist Keyshia Cole wrote on her Twitter, “First ‘Women need to Stick together’ now b****** better Bow. Smh. But it’s all G! Chicks stay shooting the s***.” Even Rush Limbaugh had something to say about the song, saying Beyonce has married a rich man and she knows she has to bow down now. 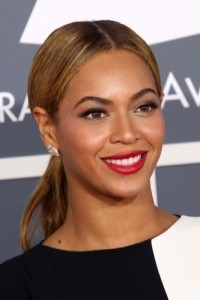 The Today Show listened to Beyonce’s new song “Bow Down” and discussed what they thought about the song. (s_bukley / Shutterstock.com)

In her HBO special, Life is But a Dream, Beyonce talked about being a woman, saying there is nothing like a conversation with a woman who understands you, adding that she needed her sisters. Maybe she needs them to bow down. Beyonce has yet to comment on the controversy, possibly because she has been busy designing her clothing collection for H&M which will be out this summer. Beyonce hasn’t even said if the song will be her new single or even if it will make it on to her new album.

So what do you think about her new song? Does it send the wrong message or are people simply looking at one verse from an entire song? Could there be more meaning that fans have glossed over? Let us know what you think in the comments. Personally, I think she could have done without calling other people b******.