The Today Show’s Matt Lauer was in Boston after the Boston Marathon finish line was rocked with a tragic bombing yesterday afternoon. Lauer reported that people have several different videos of the event to help police in finding the bombers and they have also issued a search warrant since last night, where they questioned two men about the bombing. 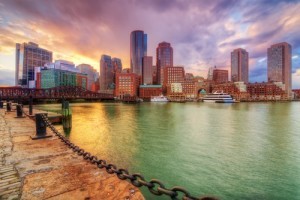 The Today Show sent Matt Lauer to Boston to talk with experts about how many bombs were planted around the Boston marathon bombing and how many were killed.

Lauer also reported that 140 people are said to be injured, although experts say the number will continue to rise as people from the marathon wake up today and realize they should have gone to the hospital last night. Three are dead after the bombing, the youngest being an eight-year-old boy who was on the sidelines watching the race.

Many of the businesses and hotels in the area are closed today, with all the buildings within the three block radius of the investigation closed for good until the investigation is over. Lauer also said Bostonians should be ready for random searches on all public transportation today and they beefed up security at most places in the city.

Police are saying they have a number of eyewitness accounts, along with video, but they are most worried about finding all the pieces to the bomb. The police have also acted on the search warrant of an apartment rented by a 20-year-old student from Saudi Arabia. He was spotted at a hospital where some say he was acting suspicious. Police are acknowledging that the man could have been involved or he could have been innocent. At this time, they do not know anything.

Although some reports yesterday said there were numerous bombs yet to explode in Boston, police found only the two bombs that exploded, saying the speculation of more bombs came from the numerous belongings dropped by people fleeing the scene.

Hospitals around Boston are filled with injured onlookers and marathoners today. Nearly 30 patients arrived at Brigham and Women’s Hospital, with even more expected to show up this afternoon. Doctors are seeing many patients with “limb threatening wounds,” while many people are also in critical condition. Of the three people confirmed dead, one was an eight-year-old boy, Martin Richard, from Dorchester, Massachusetts.