Glenn Lewis, mayor of Moore, Oklahoma, spoke with Savannah Guthrie to give her an update on the May 20 tornado. As of Tuesday morning, the death toll stood at 51, and he was trying to remain optimistic in hoping that the number did not rise and that they would find more survivors under the debris. 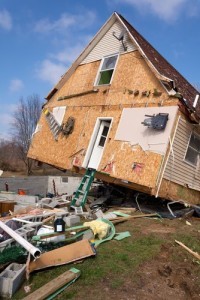 Moore Oklahoma has seen over 100 people sent to the hospital.

The town has started using every resource at its disposal to try and find more survivors. The fire department is using heat sensors to try and detect survivors beneath the rubble. They have started going door to door in search of survivors, and the sensors have helped them immensely. Glenn Lewis said that the sensors are the best purchase they have ever made.

It is said that, while some of the older students were evacuated from the elementary schools, the little ones were told to stay, and Savannah asked the mayor if he knew how that came to pass. The mayor, unfortunately, could not answer the question, as the schools are separate entities from the town and are run by the city.

After an EF-5 tornado struck the community in 1999, FEMA came in and offered the community rebates on underground storm shelters, and fortunately, many of them took it. Had they not, the mayor feels as if the fatality count would be in the thousands, and not at 51.

Glenn Lewis told his community to hold on, and that the best way to help them right now is to stay out of the way so as to keep the road ways open. Churches in the area have been taking in those without homes all night, and will continue to do so as long as they have room.

Dr. Nancy Snyderman, NBC News’ Chief Medical Editor, said that, according to trauma surgeons in nearby Oklahoma hospitals,injuries have ranged from crush injuries, impalements, and major lacerations—a gruesome array of bodily damage done by this tornado. The surgeons reported that first responders have been instrumental in making sure these people survive.

Nancy said that the doctors, nurses, social workers, and EMTs were all exhausted—she could hear it in their voices. After the tornadoes over the weekend, this was something of a second sucker punch. Luckily, the doctors were very good at seeing those that needed to be seen immediately, and triaging people who just needed to be patched up. They were worried, however, about sending those that just needed patched up back to homes that weren’t there anymore.

Psychologically, the doctors said that everyone needs to be there for each other in a time like this, as even the surgeons have been crying.