33-year-old Michael Hastings died in a car accident this week. Hastings was an award-winning journalist. His most famous piece covered the career of General Stanley McChrystal and the piece ultimately ended McChrystal’s career. In his article, “The Runaway General,” Hastings quoted the General mocking the Obama administration about their war policies. 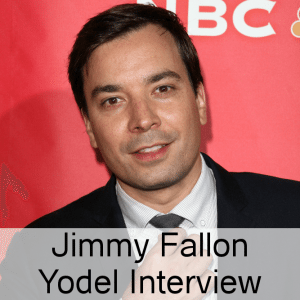 Jimmy Fallon and Brad Pitt had a yodel conversation from rooftops in NYC. Students at Hingham Middle School surprised their principal with a flash mob. (s_bukley / Shutterstock.com)

Hastings offered advice to aspiring journalists, “You really have to love writing and reporting. Like it’s more important to you than anything else in your life—family, friends, social life, whatever.”

He was most recently writing about politics for Buzzfeed.

Today: Should You Wave When Riding a Bike or Jogging?

When you pass a fellow biker or jogger, should you wave? This is a question causing quite the conundrum and has bikers and joggers questioning etiquette. While safety is of course an issue, isn’t it polite to at least acknowledge the other person? Al Roker agrees that you need to wave and wave back, he said he always does. Matt Lauer said that head nods are probably more reasonable.

The biggest YouTube video of the moment is surprisingly not cats playing the piano. Jimmy Fallon went to the top of 30 Rock to yodel and who should appear but World War Z star Brad Pitt. The two did an entire interview in yodel and there are captions to help fans understand what the yodels mean.

What better way to say farewell and thank someone for their service than a flashmob. In my day, we had to sing some silly, sad farewell that was so over done it had lost all meaning. Principal Boddie was shocked when students from Hingham Middle School in Massachusetts broke out into dancing. He was giving a video tour of their facilities, but the students jumped in with signs and dancing.

Principla Boddie is retiring this year and the kids wanted to thank him for “believing in us.” He has told his students in the last 36 years that he is not a dreamer, he’s a believer.