Anthony Weiner, the U.S. Representative who had something of a scandal go down in 2011 that led to his resignation, is running for mayor in New York City. Yesterday, he arrived in New York and spent the whole day holed up in his apartment with political reporters outside. The reporters waited so long that one of Weiner’s assistants sent them down pizza, which, because there was nothing there to report at the time, reprted on the fact that Weiner had sent them the pizza. There were pictures and everything. Ahh, the romantic life of a political reporter.

A few weeks ago, a rumors of a Friends reunion was floating around, and both stars of the show and the network went on record to quash all of the them. However, they gave us the next best thing yesterday with a skit on Ellen Degeneres show, where Jennifer Aniston was co-hosting. 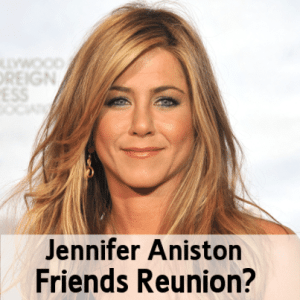 Jennifer Aniston talked about a Friends reunion of Ellen, while Anthony Weiner talked a reunion with his political career.

Are teens starting to get bored with Facebook? The Pew Research Center showed that teens are starting to head to other social networking sites like Twitter and Instagram because they do not like rubbing virtual elbows with their elders, who, in recent years, have caught up on the trend and started hopping online. Facebook isn’t bothered by this study, though. They say they are still very popular with the under-25 crowd and still have over 1 billion users as of May.

An 18-year-old High School student in Florida is facing criminal charges for dating a 14-year-old. What makes the story different than many similar cases, though, is that this relationship was between two females, and the parents of the 18-year-old Kaitlyn Hunt believe that the only reason this case is being pursued is because they can’t accept that their daughter had relations with another girl.

Kaitlyn Hunt is facing two counts of lewd or lascivious batter, and, if convicted, could be facing up to 15 years in prison and would be a registered offender. Many have rallied behind Kaitlyn, and have started an online petition called Free Kate to get the district attorney to drop the charges.

Lisa Bloom, a legal analyst, came into the show on to the show to comment on the charges, and does not think that Kaitlyn Hunt should be given any preferential treatment over anyone else accused of these things. There is a bright line between who is legal and who is not in the law based on age.  She thinks that Katelyn should take the deal, because if this goes to court, she could have a lot more than two years house arrest on her record.