The Today Show reported April 22 2013 that investigators have started their interrogation of the surviving suspect in the Boston bombings. However, he is suffering from a gunshot wound to the throat and has to respond in writing. Federal prosecutors will charge him with terrorism charges as early as today. Boston will hold a moment of silence today marking the one week that has passed since the tragedy. 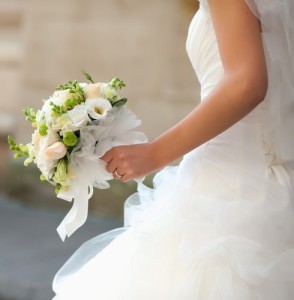 Would you want to work on your wedding day? That’s just what one bride did in China. A TV reporter covered breaking news in her dress on her wedding day when an earthquake occurred there this weekend.

Across the Midwest, intense flooding has closed roads, forced evacuations and covered farmland with water. Near St. Louis, more than 100 barges broke free into the Mississippi. At least thee people have already died in the waters.

The deadliest avalanche in 50 years in Colorado claimed the lives of five snowboarders. The avalanche occurred during an event promoting back country safety. There were six snowboarders climbing on the day, but only one of them survived. All of them were in their thirties and were expert snowboarders. All of them had avalanche safety gear with them.

In China, a TV reporter who was getting her makeup done on her wedding day put her own life on hold to cover a deadly earthquake. She went out into the street to cover the breaking news in her wedding dress. She did about 10 minutes of interviews, had a quick ceremony and then went back to work.

First up in the What’s Trending section of Today was a viral photo of a Brookline, Massachusetts officer bringing milk to a family with a 16-month-old boy during the lock down in Boston.

A tourist who got too close to an orangutan in the Philippines lost his shirt to the primate. The orangutan pulled it off of the tourist, before putting it on himself and then put on his own fashion show.

“I guess the question is, who wore it best?” Natalie Morales asked.

A video of a two-year-old named August is also trending. August didn’t want any help from her daddy when it came to buckling up. She told him to worry about himself and to “go drive.” Al Roker and Natalie Morales agreed that “worry about yourself” was the phrase of the day.