Today began What’s Trending Today? this morning with a story about a 17-year-old high school student who has just been accepted into all eight Ivy League schools, including Harvard, Yale, Dartmouth, Brown, Cornell, Penn, Princeton, and Columbia. He’s an aspiring physician, a first-generation American, and a violinist. Matt Lauer said he wished him the best of luck, and Savannah Guthrie said he’s going to be their boss someday. 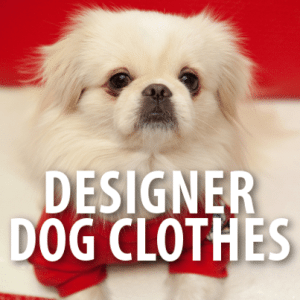 Have you always wanted to have your dog wear the same clothes as you? Well, here’s your chance. American Eagle has a new line of clothing for both dogs and people.

Rachael Ray has long admired vice president Joe Biden‘s skin. This week, he finally revealed his beauty regimen to her. He said his wife told him to use Clinique For Men. He said it has an SPF 20 in it and it’s done him well.

Pop singer Lorde tweeted about two photos taken of her yesterday. One showed her face the way it really is, and the other showed her face after being Photoshopped. She also tweeted a picture of herself with acne cream on, to show teenagers like herself that it’s okay not to be perfect. For more on this theme, see her song “White Teeth Teens” from her debut album.

Savannah Guthrie played a prank on everyone on the show April 1. She said that researchers found a way for people to improve their short-term memory. First, you read something and put it away. Then, you take a bite of Oreo. After the bite, you’re supposed to remember.

They showed some random letters on the screen, and the anchors prepared to take a bite of their Oreos. But some of the anchors got toothpaste in their Oreos. It turns out this was a prank initiated by the bosses, who asked Savannah Guthrie to help out. Tamron Hall, who got a big bite of toothpaste, said there should be a rule against people messing with your Oreo. She said hers tasted like mouthwash.

Al Roker didn’t take a bite because he thought it was weird that it smelled minty, and Willie Geist thought something was weird, so he didn’t participate. But Matt Lauer’s Oreos were normal. “Mine was delicious!” he said. He later revealed that the bosses told him his Oreos would be fine. “Okay, I am no longer a team player on this show,” Tamron Hall said.

Savannah Guthrie said it wasn’t her prank. Her bosses asked her to participate. Al Roker asked her if her bosses told her to jump off a bridge, would she? “If they gave me real Oreos, I would,” she said, her mouth full of cookies.

There’s a new fragrance on the market with a hint of sharp cheddar called Cheeteau. It smells like Cheetos. Savannah Guthrie was forced to smell it, because no one else wanted to do it after her prank. She sprayed some on Matt’s wrist and leaned in for a big sniff. This one turned out to be part real and part April Fool’s Joke. Fans can get free samples of the fragrance in Los Angeles and New York City, or for a limited time, online.

I’m sorry to say, folks, this is 100 percent real. It’s a line of American Eagle clothing for dogs and people called American Beagle, so you can match with your dog. It includes woman’s destroyed leggings, plaid shirts, down jackets, and khaki pants. So if you always wanted to wear the same clothes as your dog, here’s your chance. The judgment of all your friends, family, and potential suitors comes free with purchase.