According to The Today Show, April 24 2014 is Take Your Daughters and Sons To Work Day. Although not all the correspondents participated, Carson Daly was in the orange room with about a dozen kids who got to join their parents at work.

Boys and girls of different ages were enjoying all the different gadgets in the orange room, including the “selfie stick,” Google Glass, and iPads. As a stay-at-home mom, I get to enjoy bring your kids to work day every day! 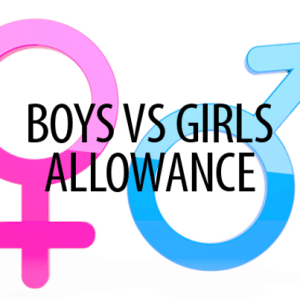 Do girls get less of an allowance than boys? A recent study revealed that the gender gap in pay may begin as early as childhood.

A recent study revealed that the gender gap when it comes to pay may begin as early as childhood with kids’ allowances.

The study showed that 70% of boys say they get an allowance, but only 60% of girls do, even though research shows the girls actually do more work. The Today Show posed a question on its Facebook page: Do you think a gender gap exists when it comes to kids allowances? 87% of those that answered said no and 13% said yes.

Interestingly enough, even Matt Lauer admitted that his boy and girl get the same amount of allowance, but his daughter does more work.

What does your coffee preference say about your personality? A blog called I Love Coffee conducted a survey and found that coffee drinkers tend to be neurotic and indecisive. Perhaps because of all the different coffee variations!

The survey also found, according to Today Show, that people who like their coffee black are straightforward, quiet, and simple, while Frappuccino drinkers are adventurous trendsetters that also tend to make unhealthy choices.

I drink my coffee with just a little bit of flavored creamer, so I wonder what that says about me!

According to a recent British survey, men keep their underwear for an average of seven years. Even more shocking, 22% of the men surveyed admitted that they don’t change their underwear every day.

One man even confessed to wearing his underwear for so long, they were full of holes. Talk about dirty laundry!