How young is too young to be recruited for college basketball teams? You might want to ask Jaden Newman of Orlando, Florida. According to a new article in the Wall Street Journal, the silent treatment might be doing more damage to your relationship than you realize. Plus, a new Brian Williams rap video. All of this on What’s Trending Today. 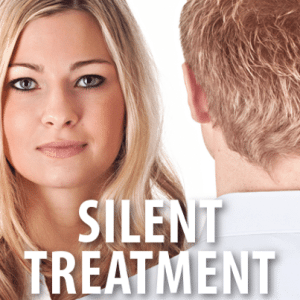 A new article in the Wall Street Journal says the silent treatment could be more damaging than you realize. (closeupimages / Shutterstock.com)

Jaden Newman of Orlando, Florida is like many other nine-year-old girls. The biggest difference is that she already plays for a high school basketball team. As a fourth grade student, she is already playing as a point guard at Downey Christian High School. Jaden Newman has been playing basketball since she was 3, and is coached by her father. Jaden Newman averages nearly 15 points per game, and colleges are already trying to get her to make a commitment to their school when she’s of age. The University of Miami is now trying to recruit Jaden Newman for their women’s team.

How do you break the cycle? Matt Lauer asked if the silent treatment can be a good thing if it allows you to calm your emotions down before returning to the issue. The other Today Show cast members agreed that the silent treatment could be good in that case, but Savannah Guthrie said that you should voice that you’re being silent to cool down from the argument.

The Tonight Show and Jimmy Fallon have a new Brian Williams rap. The video is hilarious, and features clips of Brian Williams put together to make up the song “Baby Got Back” by Sir Mix-a-Lot.