How long until you give up hope? For Minka Disbrow, 77 years wasn’t enough time to keep her from looking for her daughter. She clung to the one picture she had of her baby girl, and hoped they’d some day meet again. Their story is amazing, and one of true love and sacrifice, as seen on Today Show and featured in The Waiting. 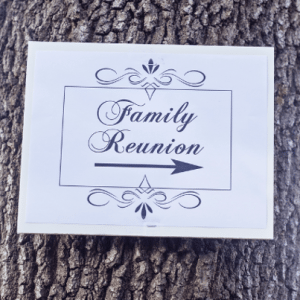 Mother and daughter, Minka Disbrow and Ruth Lee, were reunited after 77 years apart.

In 1929, Minka Disbrow was only 17 years old, and pregnant with a little girl. Knowing that she’d be unable to support the baby and give her the life she deserved, she gave the baby up for adoption so the little girl wouldn’t have to live a hard life on a farm.

Ruth Lee, a mother of six and grandmother of eight, had just had heart surgery when she reached her 77th birthday. She began reflecting on her life, and decided she really wanted to know who her biological mother was. Ruth Lee’s son, Brian, began helping his mother on her quest, and contacted the adoption agency to get Ruth Lee’s adoption file. The file was 272 pages long, and it was filled with letters from Minka Disbrow. Brian called Minka Disbrow the day after Ruth Lee’s 77th birthday and set up a visit.

“We met, and it was like we never parted,” said Minka Disbrow about meeting Ruth Lee for the first time. That first meeting was eight years ago, and they have spent that time getting to know each other. Minka Disbrow is now 102 years old, and Ruth Lee is 85. Cathy LaGrow, Minka Disbrow’s granddaughter, wrote the story in a remarkable memoir titled The Waiting: The True Story of a Lost Child, a Lifetime of Longing, and a Miracle for a Mother Who Never Gave Up.