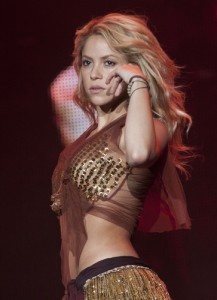 The Voice judges, including new judges Shakira and Usher, talked to Al Roker about the show’s success. (Shelly Wall / Shutterstock.com)

Now, Jackie Hance has been put in the position of trying to move on. She has another daughter now and she’s picking up the pieces of her life, trying to move forward.

Al Roker sat down with the hosts of The Voice to talk about the success of the show. Shakira said that the show is hard, because while it’s really great to see the progress of your contestants, you have to let one of them go. She said that she couldn’t sleep very well last night because she had to let one of her artists go.

Al Roker asked Adam and Blake what the deal is with the two of them. Blake said that he thought they had a kinship because they’re immature and “neither one of us have any pride.” Usher and Shakira said that it’s been easy to get acclimated to the show and join the conversation. Usher said that Blake and Adam’s banter is so friendly, it’s easy for them to get into it. Shakira said there’s an “undeniable” chemistry between the judges.

Adam said that he feels like Tony Robbins sometimes because of how much being a singing coach intersects with being a life coach. Usher didn’t interject here, but he seems like the kind of coach who is able to separate his personal feelings from his professional ones. He was, after all, the one who repeatedly asked one of his artists what was funny when the artist laughed after a practice performance. The artist was laughing because he couldn’t catch up vocally with his opponent. Usher did not think that was funny at all. Al Roker told the judges that they were the number one singing show in America. Everyone high fived and Adam said, “You hear that other singing competition show? Whatever!”