The Today Show brought on their professionals, Star Jones, Dr. Nancy Snyderman and Donny Deutsch, to discuss a number of topics from Beyonce possibly lip syncing at the inauguration to Prince Harry killing members of the Taliban during his deployment and talking with the media about it.

The Today Show wanted to hear the professionals’ takes on whether they were upset Beyonce was possibly lip syncing her song during the Inauguration when Kelly Clarkson and James Taylor all sang their songs on the spot.

Jones didn’t seem to care. She said she was inspired and even crying during the song because of Beyonce’s lovely voice. But Dr. Snyderman and Deutsch were not fine with the lip syncing. They believed the Inauguration was a time for authenticity and if there was some kind of hiccup, it could be forgiven. It was not like it was supposed to be a concert. This was the President’s moment.

But does she owe an apology to America, the Today Show wanted to know? None of the professionals thought she should apologize for lip syncing because she did honor the President. It just seemed the lip syncing was in bad taste. I wonder if the bands had to lip sync along with her?

Today Show: Do Men Complain More When They Are Sick?

People often claim when a man gets sick he complains far more often than when a woman gets sick. Is it a valid complaint?

Dr. Snyderman said there are “long standing reports” stating the Y chromosome is much weaker than the X chromosome. This could be the reason a man whines more when he has a cold or the flu. Deutsch agreed and said men do whine far more often when they are sick. “Women are a lot stronger,” he said. 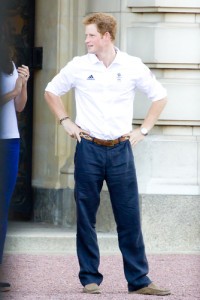 Deutsch didn’t see a problem with the pictures. He said he was looking at the heros, not the fashion, and felt the photo shoot was meant to celebrate the heros.

Matt Lauer chimed in and said he thought the photo shoot was using them as a marketing tool to market the clothing on the models.

Prince Harry recently talked with news reporters about killing members of the Taliban while he was in combat in Afghanistan. Did he take it too far or was it his right to talk about his experiences?

Star Jones could not believe the English government would let him talk about killing the Taliban, while Donny Deutsch said if he is in actual combat and putting his life on the line for his country, he can do whatever he wants. I would have to agree with Deutsch.

Feel free to weigh in on any of the topics by leaving a comment below.