The Today Show is in Miami for their Friday Field Trip and they know there is no better way to see Miami than through the eyes of Mr. Worldwide himself, Pitbull. The Miami native has given the world hits like “Give Me Everything” and “International Love” but even his fame and success can’t drag him away from his beautiful hometown. So he took the day off to show the Today Show around his beloved city.

“This city inspires me to make music,” Pitbull said. 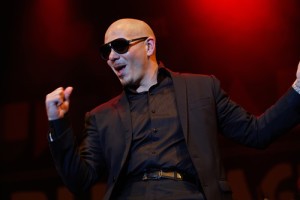 The Today Show saw Pitbull’s Miami as they checked out his new charter school, Slam, for students interested in the sports industry and his key to Miami. (Nick Biemans / Shutterstock.com)

Pitbull, born Armando Perez, grew up in the Little Havana part of Miami, which he said was a blessing. He was growing up at the same time the city was growing. Pitbull said he felt like he was growing up alongside the city. They were both learning about the world together.

“You learn how to adapt to different situations really fast,” said Pitbull about growing up in the city.

“It is always a big day for a Cuban to get a key and I got the key to the city,” Pitbull joked.

If Pitbull was President, the White House would be moved to Miami. He showed the Today Show the house Scarface was filmed in and he said if he was ever the President he would make it the new White House. He would even give the Secret Service a makeover.

It is evident how much Miami loves Pitbull as he cruises around in his boat with people of all ages and ethnicities waving at him. He said it is the city and the people he wants to give back to which is why he is funding a new charter school in Miami, Slam, which will focus on a sports curriculum for all children who want to work in the sports industry.

One student said of the new school, “it shows us we are worth something.”