The Today Show Professionals, Dr. Nancy Snydermann, Star Jones and Donny Deutsch, were on the show today to give their opinions on why the White House did not release a photo of President Obama and Tiger Woods playing golf, what they think about the Oscar Pistorius trial, what their opinions are about reality rehab and they discussed whether you should recline your seat in an airplane.

Star Jones said it is a silly story. No one else in America cares if there was a photo taken. Americans have too many other things to worry about. Jones said this is only a big deal to the White House Press Corp. Savannah Guthrie did point out they have released photos other times, such as the time Obama and John Boehner played golf together. Dr. Snydermann believed the only reason they released photos of Obama and Boehner playing golf was to show the American people these two men can work together in politics the same way they can play a round of golf together.

But Donny Deutsch said the main reason they haven’t released a photo is because of the animosity towards Woods still. What woman who voted for Obama would want to see him standing next to Tiger Woods, asked Deutsch. 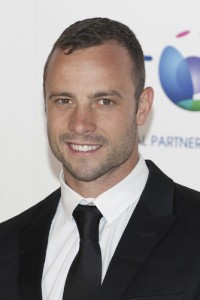 The Today Show Professionals went over their opinions about the Pistorius murder trial and whether you should be allowed to recline your chair on an airplane. (Jaguar PS / Shutterstock.com)

Oscar Pistorius is going to be charged today with the murder of his girlfriend and the Today Show wanted to know what the Professionals thought about his defense and whether it has been undermined.

Star Jones didn’t understand why Oscar Pistorius had released so much information to the public. It gives the prosecutor more to argue in the case and it makes the defense’s case weaker. She said if she was working the case she would use everything he has told the police, the media and the courts against him.

Deutsch skirted the question and pointed out many of the people sponsored by big name companies, such as Nike being a sponsor of Pistorius, Michael Vick and Lance Armstrong, are the people we look up to and he thought it was wrong.

Many other reporters have been saying they are the ones who put the “halo” on his head after he was in the Olympics but Dr. Snydermann said we all did that. We took his story and made it as big as possible. She also added that Pistorius could have been having “roid rage” when the attack happened.

With the recent death of Mindy McCready, a lot of experts are looking at reality rehab programs, such as the one McCready was on, noting that in the last 18 months, five of the participants on shows of that nature have died. It might not be the shows’ fault these people died, but does it help these patients to be on shows like Celebrity Rehab?

Dr. Snydermann knows no one watches the shows in hopes of the person getting better. Everyone watches the show to see a train wreck. Deutsch agreed but he said they shouldn’t even be on the show in the first place. How can you expect someone to be in a coherent enough state to agree to be on TV for addiction when they were addicted to something when they signed the papers? They might not be in the best state to make those kinds of decisions.

Dr. Drew, from Celebrity Rehab, did say he reached out to McCready after she had been off the show telling her she needed to make her health and her safety the number one priority in her life.

Today Show: Should You Recline In an Airplane Seat?

Do you recline your seat when on an airplane? A lot of people are getting upset about the reclining chairs, with some people even asking they be removed from planes and almost all the Professionals agreed.

Dr. Snydermann said she never reclines her chair and Deutsch said he reclines sometimes but only when it won’t be an inconvenience to the person behind him.

Star Jones on the other hand, said she will recline her seat as far she wants. She felt it was her right to do what she wanted in her seat and that meant she could recline the seat if she wanted. The airline did put in reclining seats so people can use them.